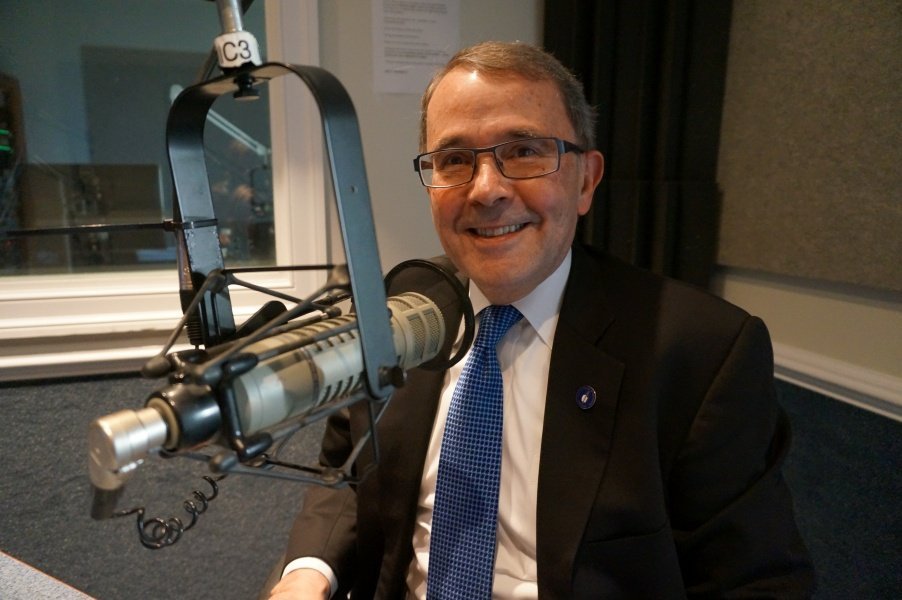 VFH Board member Bob Brink was appointed to the Board of Directors more than a decade ago by Governor Warner.

Brink has served as a representative in Virginia’s General Assembly since 1998. He recently retired from the General Assembly to take on the job of Deputy Commissioner for Aging Services in the Department of Aging and Rehabilitative Services for Governor Terry McAuliffe.

Brink recently sat down with Elliot Majerczyk in our radio studio to talk about Virginia’s culture, where we came from, and where we want to go.

The humanities give you a chance to understand how other people think, what motivates them… what shapes them as individuals.

What attracts me more than anything else to VFH is the commitment to preserving and spreading information about Virginia’s history and culture.

It’s crucial to remember where we came from so we have an idea of where we want to go.

Bob Brink has served in the Virginia House of Delegates since 1998, representing the 48th district in the Arlington and Fairfax County suburbs of Washington, D.C. On July 1, 2014 he became the Deputy Commissioner for Aging Services in the Department of Aging and Rehabilitative Services in Governor Terry McAuliffe’s administration.