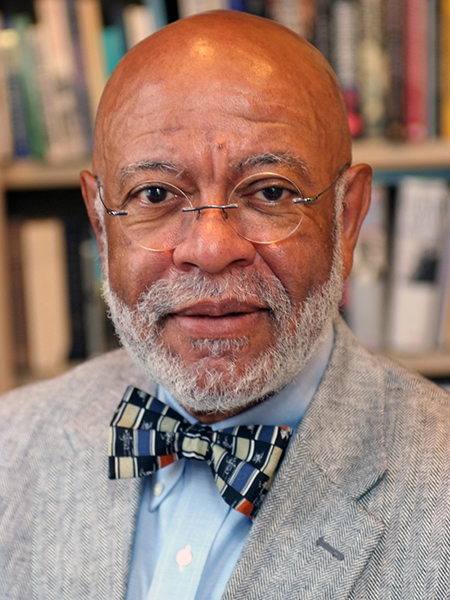 Ted DeLaney, a fourth-generation native of Rockbridge County and a Lexington resident, joined the VFH Board in July 2010. After graduating from an all-black high school in 1961, he worked for more than twenty years. Only then, in 1985, did he earn his undergraduate degree from Washington and Lee University. He earned his PhD ten years later from the College of William and Mary. As an associate professor of history at his alma mater, he has focused on the history of discrimination in the United States and relationships among race, gender, and sexual orientation. His recent research involves the story of school desegregation in four western Virginia counties. He spoke with VFH Development Director Elizabeth Piper.

EP: Had you heard of Virginia Foundation for the Humanities before you became a Fellow here?

TD: Actually my introduction to VFH happened in 2004. My W&L colleagues and I had gotten together to discuss celebrating the fiftieth anniversary of Brown v. Board of Education. We conducted a conference in Lexington, but it received only a very local audience. Then the General Assembly contacted me because they had ruled that Virginia would commemorate the case but wouldn’t permit tax money to be spent on it. They wondered if W&L would do something. Having done a conference the year before, we weren’t prepared to fund yet another. So we applied to VFH for a grant and eventually did an oral history on four Virginia counties, jointly sponsored by VFH and W&L research funds. We trained students to do oral history interviews over the summer. It was a wonderful dynamic, sending twenty-year-olds out to do these interviews with community members. I quickly discovered the challenges of oral histories. Memory is fraught over a fifty-year time span, and the only people that would talk to my students were supportive of [the decision]; those opposed had changed their minds in the intervening years.

EP: So you don’t feel like you got both sides of the story?

TD: No, I didn’t get both sides. But then I ended up here at VFH on a Fellowship in 2009–2010 to complete the research on this project.

EP: Why are the humanities important, and what role do they have in today’s society?

TD: As a college professor, I worry about the humanities. Liberal arts colleges are seeing incredible competition with undergraduate schools of business. For example, the most popular major at W&L used to be history, and now it’s business administration. Across the country there is this cost-analysis basis for education … majors in literature, history, and the arts are declining as more and more students think they need business degrees to survive in the modern world. And that leads me to worry about how literate people will be. Literature is extremely important—it’s a way of broadening your horizons, something that helps you dream beyond who you are. Books, especially fiction, are so important to our culture. I worry about this new generation that seems to think that life is centered on making a lot of money and making it fast.

Being a part of an organization that focuses on the humanities is what I should be doing as someone who teaches the humanities. The humanities are my life. If I hadn’t gone to college as a forty-one-year-old, I would have been an art major.

EP: Do you credit your area of teaching (civil rights and African American history) with your upbringing in the segregated South?

TD: My major field in graduate school was nineteenth-century American South; my minor fields were colonial America and colonial Latin America. I applied for Civil War history jobs, and the first job I landed was at the State University of New York, [where] they wanted me to teach African American history. Then W&L called me and wanted me to come back. It took me five minutes to say yes. But they, too, wanted me to develop a course on African American history, and the only thing qualifying me to do that was the color of my skin. The nice thing about being on the faculty at W&L is that you are permitted all kinds of latitude with regard to developing new courses.

The classes were overwhelmingly white, only one to two black students in a class of twenty. It really tore at my heart that these kids had no idea about any of this stuff. I used Eyes on the Prize in class, and I would hear students gasp—they would leave class with tears running down their faces. Then I started taking students down south for [what became] the most meaningful course I’ve ever done. It has been a tremendous development for me. Even though I started teaching African American history for the wrong reasons, I came to love the material. I have since developed the Africana Studies minor at W&L.

EP: What other causes do you have a passion for?

TD: I used to be on the Woodrow Wilson Library Board. I am also involved with Omicron Delta Kappa, the national leadership fraternity founded at W&L. I’m a voting faculty member on that and enjoy it. W&L students are as polite as they can be. Not only are they polite, but they are also kind, and they have always been that way since I started there decades ago. It is a joy to work with those kids.