Bearing Witness to the Danville Civil Rights Protests of 1963 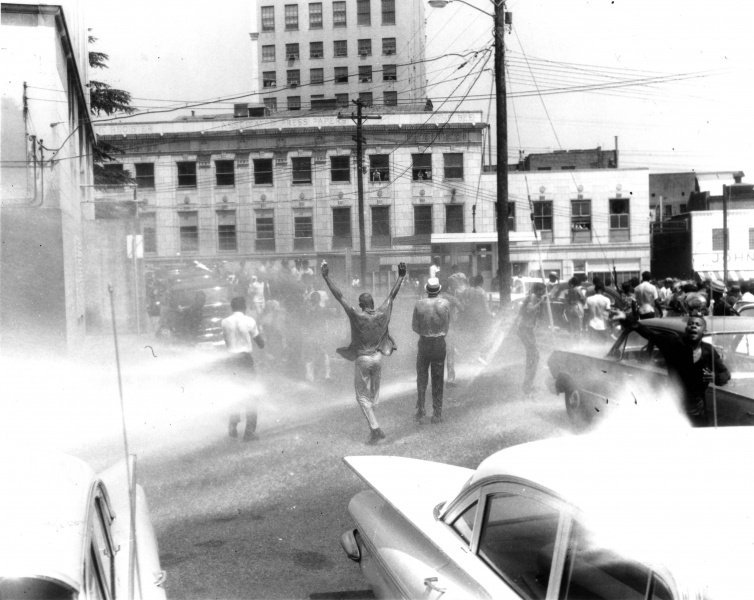 Emma Edmunds was an editor and writer at Atlanta Magazine in 1996 when the Atlanta History Center presented an exhibit called The American South: Past, Present, and Future. She found herself casually walking through the exhibition one afternoon, waiting to meet a friend.

Edmunds thought of herself as knowledgeable about the South.  She was a journalist, with years of experience writing about the South and about race.  Now she was seeing a map of the Freedom Riders going through Danville, VA in 1961 and reading about lynchings in the South Side of Virginia, not far from where she had grown up.  Then she came to a panel about the Civil War, with an electoral ticket topped by the name John R. Edmunds, running at the head of the Jefferson Davis electoral slate. She already knew her great-grandfather had been a slaveholder, but now she saw with vivid clarity the results of the stance he had taken 135 years before.

Moved by what she had just seen, Edmunds called Andy Ambrose, the Atlanta History Center curator, to ask him about what had happened in Danville.  She learned that in 1963 the city 30 miles from her family home in Halifax County had been the site of protest marches and sit-ins that sparked a violent backlash, mass jailings, and a protracted legal struggle that continued until 1973.  She also learned that Dr. Martin Luther King Jr. had visited the city four times and considered making Danville the site of a major campaign in his nonviolent Civil Rights struggle.  Why hadn’t she known this story? Edmunds’ ignorance, she began to understand, was emblematic of the gulf that separated and to some degree still separates blacks’ and whites’ understanding of their shared history in Danville and beyond. She wanted to know more about the history that had shaped her community.

In 1998, Edmunds received a VFH Residential Fellowship to begin formal research.  This resulted in an exhibit on the history of civil rights in Danville from 1945 to 1975, which was shown at four locations: the Carter G. Woodson Institute for African-American and African Studies at the University of Virginia, the Danville Public Library, Averett University, and in Hampton city.  A subsequent VFH grant and additional support from the Elizabeth Stuart James Grant Trust enabled the development of a website based on the exhibit. Then, in 2013, these same sponsors supported a second exhibit commemorating the 50th anniversary of the 1963 Danville protests.

Edmunds’ work has received strong support from the Danville community.  With help from its longtime president Charles Majors (now retired) and current president Jeff Haley, the American National Bank hosted the 2013 exhibit with an opening reception that drew civic leaders and 150 attendees.  Surrounded by photographer Tom Cogill’s large-format photographic portraits of the protesters, Majors led the crowd in reciting the Birmingham Pledge  to “treat all people with dignity and respect”.

The exhibit was updated again in 2015 and is on view at the Jefferson School African American Heritage Center in Charlottesville through April 30, thanks to additional support from the VFH, the Elizabeth Stuart James Grant Trust, and the Blue Moon Fund. For this version, Cogill’s portraits have been enlarged, making their impact even stronger, and three text panels have been added, focusing on teachers in the movement, the work of Martin Luther King, Jr. and the SCLC in Virginia, and white allies of the protestors.

Edmunds describes her work in terms of giving back to the community; but members of the community are also offering suggestions, and sharing what they remember.  During a program at the Danville Public Library in 2013, Bishop Lawrence Campbell, a leader of the Danville Christian Progressive Association, rose to his feet to say: “I think we would be remiss if we did not recognize the whites in Danville who stood with us and paid a price.” Turning to a (white) member of city council, he commented, “If we [black and white members of city council] had been able to talk back then, a lot of this wouldn’t have happened.” Edmunds later developed a large text-and-photo panel on those white allies that is now part of the exhibit.

Edmunds says her partnership with Andrea Douglas, Executive Director of the Jefferson School African American Heritage Center, and her staff has been important; in particular, Douglas’ insistence that the story of the Danville protests is not just a local story, but a state and national story. And her collaboration with the Teachers in the Movement project at the Curry School of Education has opened new perspectives on the Danville movement, Edmunds said.

“I feel fortunate that the story found me”, says Edmunds, “and that I had support to do the work; I feel grateful to the people who welcomed me into their homes and shared their stories, so that I can be a witness to them and try to tell [the Danville story] to a broader audience. It’s a way to honor the memory of those who are no longer here.”

In October the exhibit will travel to Danville’s River District for a yearlong display.

Tours and learning materials are available for teachers and school groups who want to view the exhibit.  Call the Jefferson School African American Heritage Center (434-260-8720) for more information.