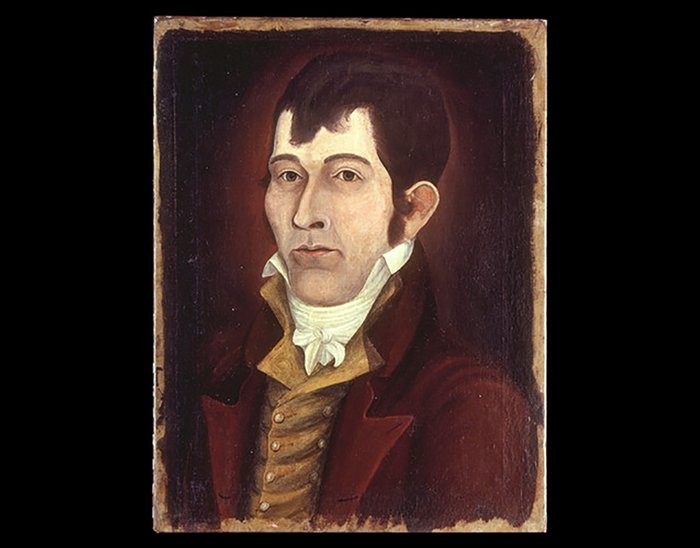 This portrait, made about 1825, is perfectly conventional: an unknown figure wears a well-tailored coat, double-breasted waistcoat, and a white shirt and stock. His features are regular, his expression serious. But turn over the canvas, and it’s as if a curtain has been opened up onto a secret world. 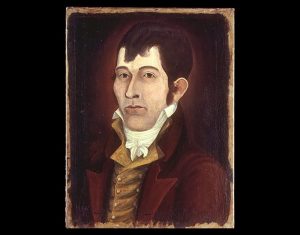 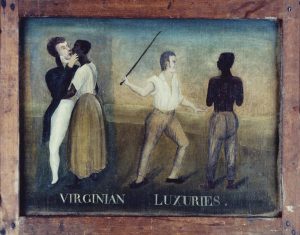 It is a vision of slavery.  The unknown artist depicts a well-dressed slaveholder as he caresses and kisses an enslaved woman and, in a parallel scene, another white man, his brow furrowed in anger, as he canes a shirtless male slave. The chilling title, “Virginian Luxuries,” is written in block letters beneath these horrific  scenes of plantation life. The Colonial Williamsburg Foundation owns this two-sided painting but knows little of its provenance beyond the fact that it was once in the hands of a Connecticut family. Mysteries abound. Was the man on the front of the canvas the plantation owner? Or a northern abolitionist who detested slavery? Or was this some perverse form of nineteenth-century pornography?

VFH’s Encyclopedia Virginia (EV) enjoys a rich media partnership with Colonial Williamsburg, as well as an array of other cultural institutions across the Commonwealth. EV is launching a new section of content on slavery and will publish startling and rarely seen images such as this one to add context to the rich historical entries we are producing—and to provide visceral proof of the violence at the heart of slavery.