Rob Vaughan to Retire as Founding President of VFH in 2017 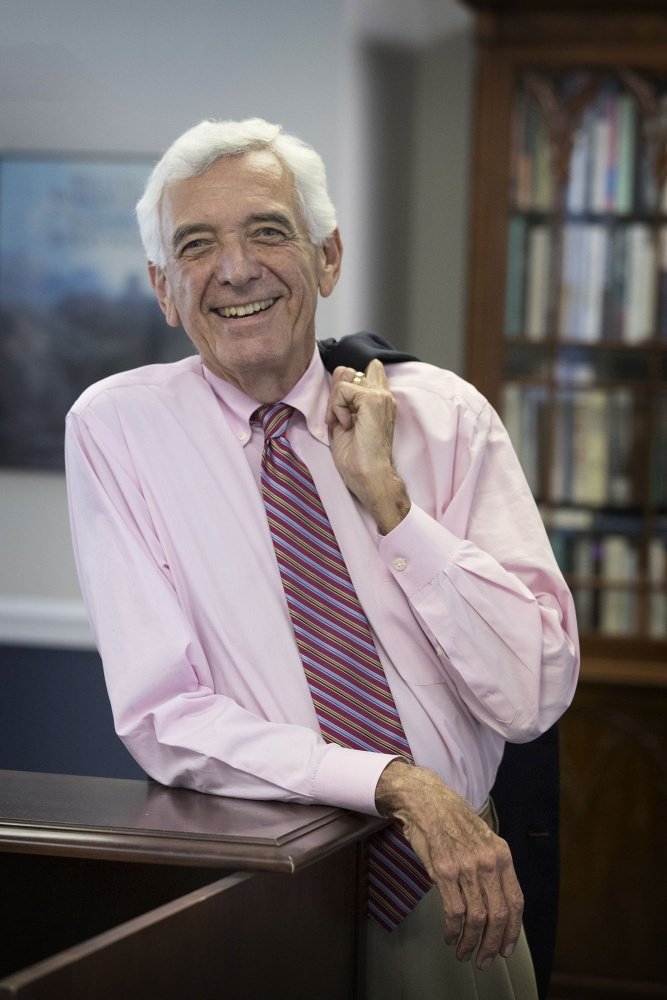 Virginia Foundation for the Humanities (VFH) announced today that Robert C. Vaughan III, one of the leading advocates for the humanities in America today, will step down as VFH president in 2017, after forty-three years of organizational leadership. Vaughan’s term as president will end on June 30. Following a sabbatical, he will officially retire at the end of the year.

“Rob Vaughan is one of the most highly respected and gifted state humanities council leaders in the country,” said William D. Adams, chairman of the National Endowment for the Humanities (NEH). “Under his guidance, Virginia Foundation for the Humanities has become a model for what public humanities practices can and should look like.”

“My work at VFH and the University of Virginia has shaped my life. It’s given me the opportunity to explore the humanities to a greater extent than I ever thought possible, and to serve the extraordinary people of the Commonwealth,” said Vaughan. “When I reflect on my experience, I am most proud of the VFH staff itself. It’s been a blessing to collaborate with such innovative, enthusiastic, and entrepreneurial people over the course of four decades.”

Under Vaughan’s leadership and since its founding in 1974, VFH has become the largest of all fifty-six state humanities councils, with the most diverse programs and funding sources in the nation. It has produced more than 40,000 humanities programs including festivals, public radio programs, conferences, and digital resources, and contributed to more than 3,500 grant projects and 350 fellowships.

A trailblazer in the field of public humanities, VFH is the only state council to produce its own radio programs and the only humanities organization in the world to partner directly with Google to produce Street View virtual tours of historic sites. Vaughan’s leadership has prioritized not only this spirit of innovation, but also a commitment to diversity and inclusion in the telling of Virginia’s stories. Early in the organization’s history, Vaughan and the VFH Board established a focus on the history and cultural contributions of women and African Americans in Virginia; that focus has continued and broadened to include Virginia Indians and the increasingly diverse immigrant populations of the state.

“The University and the Commonwealth have been fortunate to have Rob leading the Virginia Foundation for the Humanities,” said Thomas C. Katsouleas, Executive Vice President and Provost of the University of Virginia. “His contributions to scholarship and the public good cannot be overstated. It’s been an honor to work with him over the course of my first full year at UVA.”

Some milestones from Vaughan’s tenure at VFH include:

About VFH: The mission of Virginia Foundation for the Humanities is to connect people and ideas to explore the human experience and inspire cultural engagement. VFH reaches an estimated annual audience of 23 million through Community Programs, Digital Initiatives, Scholarship, and the Virginia Center for the Book. For more information, visit http://virginiahumanities.org/.