The Road from Afghanistan 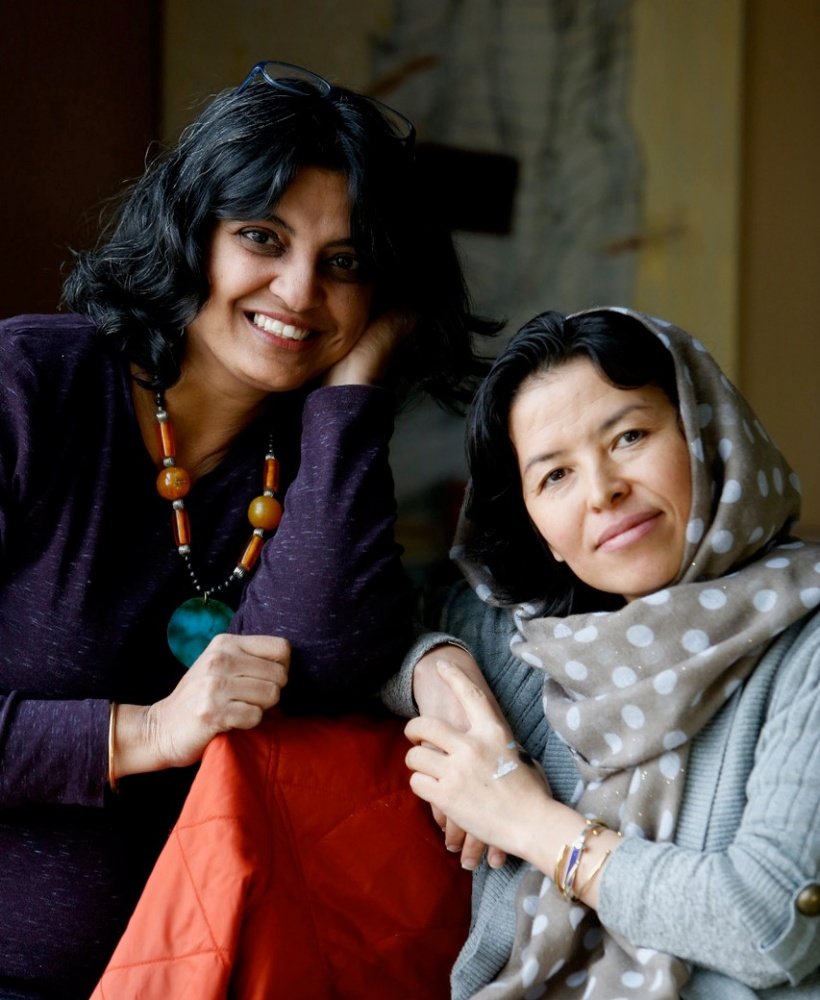 Sughra Hussainy’s dark eyes sharpen when she says, “the body needs food to sustain itself, but the soul needs art to survive.”

Sughra knows about survival, and she knows about the power of art to connect people across time and space, especially when a work of art reflects and carries within itself the seeds of history, memory, culture, and tradition:  what we call the Humanities.

She was born in Afghanistan, orphaned when she was still a young girl, and trained in calligraphy, miniature painting, and illumination at Turquoise Mountain Institute, a school for the Afghan traditional arts in Kabul.

Today, Sughra is recognized as one of her country’s most accomplished artists and her work has been shown in cities all over the world.  She first came to Virginia when she was invited to participate in an exhibition titled “Turquoise Mountain: Artists Transforming Afghanistan,” which opened at the Freer and Sackler Galleries of Art in Washington, in March, 2016.

A few months later, VFH sponsored a series of programs collectively titled “We Are All Arlington,” exploring Arlington County’s 40-year public commitment to diversity and inclusiveness and what that historic commitment means in the present day.

The project was conceived and directed by a local steering committee whose members included a writer and book artist from Mumbai on the western coast of India, named Sushmita Mazumdar.  Sushmita is also the owner of Studio Pause, a creative arts space in Arlington where Sughra attended a workshop on Exploring Identity Through the Book Arts.

Sparks flew, and together the two of them conceived a project in which 25 D.C.-area writers, all members of the Studio Pause community, would produce a book of original poems exploring the meaning of “identity” in their own lives.  The result is a limited-edition, hand-made “community poetry anthology” titled Thou Art: The Beauty of Identity, which was published in April, 2017 to coincide with National Poetry Month.

The poets range in age from 14 to 81.  They include artists, teachers, business owners, lawyers, designers, photographers, and many others—seasoned poets and first-time authors who have never written a poem before.  They come from diverse racial, ethnic, religious, and national backgrounds—Kurdistan, Eritrea, Bolivia, India, Saudi Arabia, Guatemala, Korea, and El Salvador, among others.

All the poems are written in English. Each explores the nature of “identity” from its author’s own unique perspective, and all 25 of the poems are graced with Sughra’s original artwork, designed individually in response to each poem and resembling the pages from an illuminated Islamic manuscript.

The books are hand-bound.  The cover papers are hand-made in India.  The binding style is Japanese, merged with traditional Islamic-style book elements in which the longer back cover folds over the fore-edge and tucks into a slot in the front cover.  Inside, the artwork reflects Afghanistan’s place along the Silk Road where over many hundreds of years it absorbed influences from India, Persia, and Central Asia.

This merging of diverse artistic influences and book-arts traditions mirrors the diversity of the poets whose explorations of Identity from a wide range of cultural perspectives are the real focus of Thou Art.  Likewise, the collaboration between a book artist from India and a traditional painter and calligrapher from Afghanistan who met and produced this book in Arlington is in itself a reflection of the new “global Virginia.”

For Sushmita, the project is an invitation, “…to accept others for who they are—which is so much more than we can ever imagine.”  And this invitation has inspired not just the poets who contributed and their readers, but also scores of participants in follow-up book-making events sponsored by local schools and public libraries.

For Sughra, a child of war, the daughter of a day-laborer and a dress-maker who were illiterate but still impressed on their children the importance of education, art is a “mirror,” and she says, “making art is a link for me with my past—with my family and with those who went before me.”

No one has to look very hard to see in her eyes the mix of sadness and delight—or her deep compassion.  The road from Afghanistan to Virginia has not been easy.  She hopes to return home someday, but for now, the situation there is far too dangerous.

Like other immigrants, Sughra works diligently and gives generously from the wells of traditional knowledge she has brought with her to this country.  She makes her own paints, paper and brushes because “it’s important that I can do everything by myself,” and for the present at least, her art is her life: “I want to do this and not anything else…[to]…show other countries my art story and culture.”

Over more than 200 years, the dream of America has been expressed in the motto e pluribus unum—from many, one.  Here in Virginia, the work of these two extraordinary women, both of them immigrants, has opened a fresh new window onto the “beauty of identity” and the power of the affirmation, Thou Art.

“Who am I now?” This question is at the heart of the immigrant experience.   It’s also a question that is central to human existence and one that lies at the core of the Humanities.

An exhibit of original book pages from Thou Art will open at VFH on May 30 and be on display through June 16.  Information on book purchases can be found at www.StudioPause.com/projects/thouart 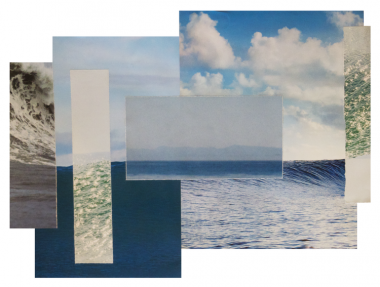 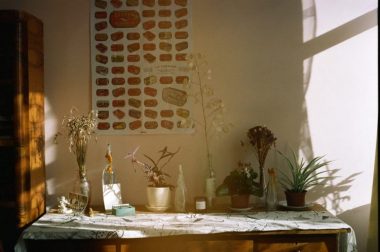 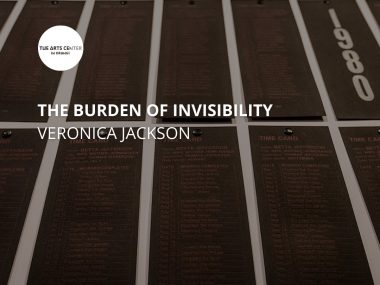 The Burden of Invisibility

Virginia Center for the Book member artist Veronica Jackson’s exhibit The Burden of Invisibility will be on display at the Morin Gallery at The Art Center in Orange from February 2-March 25.