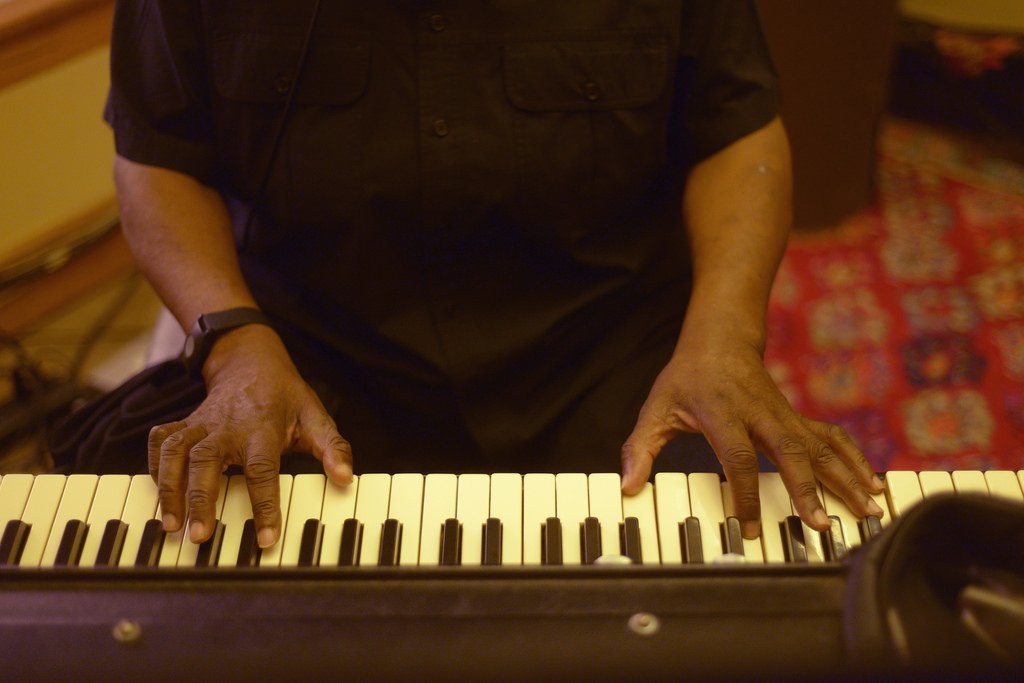 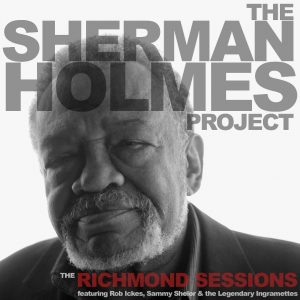 On July 21, musician Sherman Holmes will release his first solo recording in his more than fifty-year career. The Richmond Sessions by the Sherman Holmes Project carries on the spirit of the revered Holmes Brothers by reimagining songs and making them their own. Produced by the Virginia Folklife Program at Virginia Foundation for the Humanities, the record will be released by M.C. Records and will be promoted with a tour in Virginia, West Virginia, Tennessee, and New York, beginning in June 2017 (see below for specific dates and locations and other media).

Sherman Holmes’ solo debut The Richmond Sessions can’t help being a milestone: it’s the esteemed singer and bassist’s first recording since the passing of his brother and musical partners in the Holmes Brothers, Wendell Holmes and Popsy Dixon, both in 2015. But his solo debut, dedicated to the memories of Wendell and Popsy, is no somber affair. The blend of bluegrass, gritty rock ‘n’ roll, and joyful gospel will be familiar to Holmes Brothers fans. And with some of his strongest vocals to date, the album demonstrates that Sherman is still an artist in his prime. 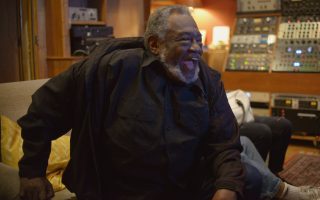 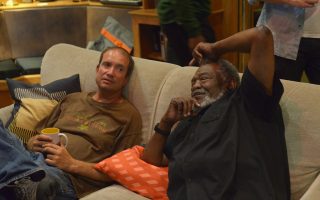 “Sounds pretty good for a 77-year-old, doesn’t it?” Holmes laughs. “I was overjoyed to do this, because I didn’t know how I was going to restart my career. We chose a good collection of songs that we wanted to do—we got some gospel in there, and some bluegrass. It’s a good mix of the Americana music, as I like to call it.”

Produced by Virginia State Folklorist and director of VFH’s Virginia Folklife Program Jon Lohman, The Richmond Sessions draws from Holmes’ longstanding Virginia roots. Its origins go back to 2014, when all three of the Holmes Brothers took part in the Virginia Folklife Apprenticeship Program, sharing their expertise with young musicians. Wendell and Popsy both took ill before the apprenticeship could be completed, but Sherman stayed on to complete his mentorship. “I think that really helped him emotionally to get through it,” Lohman recalls. Sherman performed with his apprentice, a young singer named Whitney Nelson at the finale show; Lohman then persuaded him to take to the piano for a solo version of “I Want Jesus”—a gospel tune he’d sung in church as a child. “I was so moved by that, and went up to him right afterward and said, ‘We should really do a Sherman Holmes record,” Lohman recalls. 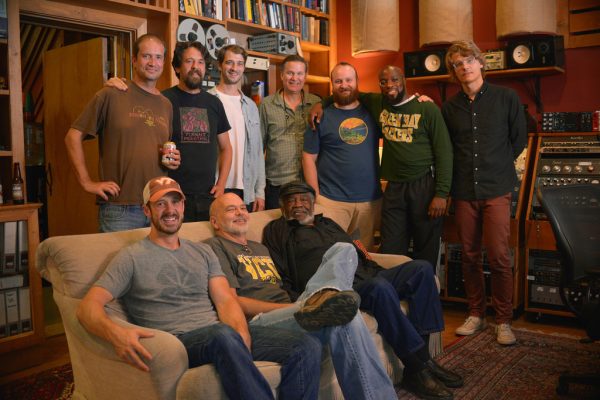 Long beloved in the roots music world and beyond, the Holmes Brothers formed as a group in 1979, though the members had all been playing for decades by then. Sherman played behind the likes of Jerry Butler and John Lee Hooker in the early 1960s. The Brothers didn’t make an album together until In the Spirit in 1980, but word spread fast after that. Their fans were as diverse as Peter Gabriel (who not only signed them to his Real World label but had them back him on solo tracks) and Bill Clinton who had them play a presidential gala. They racked up numerous blues music awards and did further guest shots with Willie Nelson, Van Morrison, and Odetta. After their last album together—Brotherhood in 2014—they were honored with a National Endowment for the Arts National Heritage Fellowship, the highest honor the government bestows upon traditional artists. 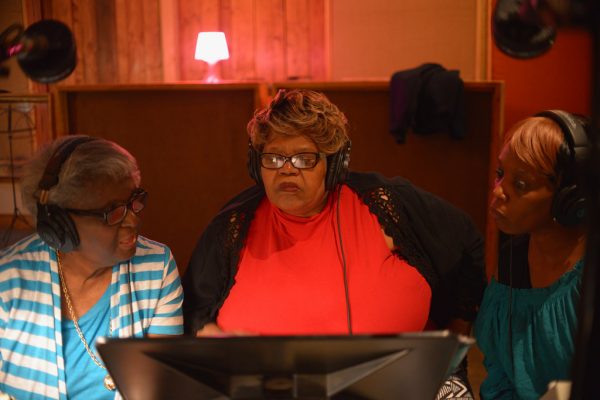 Producer Lohman made the new album a Virginia-style family affair, bringing in guests like the Ingramettes (Richmond’s “first family of gospel” of 50 years standing) and instrumentalists like dobro master Rob Ickes (twice nominated for a Grammy Award) and Sammy Shelor (multi-time IBMA banjoist of the year). Lohman added lesser-known but equally talented musicians Brandon Davis on guitar, Jacob Eller on bass, David Van Deventer on fiddle, and multi-instrumentalist Jared Pool. Manning the Hammond B-3 organ was Devon Harris (aka DJ Harrison), whose roots are in hip-hop and who has sat in with ?uestlove and the Roots. “The Holmes Brothers were always a group that transgressed boundaries,” Lohman explains. “They weren’t concerned with genre, they loved it all. We wanted to honor that on this album. It’s not a blues album per se, or a bluegrass or a folk album. But to me that’s an advantage, and people who loved the Holmes Brothers should really get into it. It was important to me to give Sherman his due, and jump start a new chapter for him.”

Another notable guest is Grammy-nominated singer-songwriter Joan Osborne, who duets with Holmes on the Dan Penn and James Carr classic, “Dark End of the Street.” As Holmes explains, “I knew her before she even started singing. She came to New York to study film and one night she walks past Dan Lynch’s, the club we always used to play—we kind of put that place on the map. She heard our voices outside and walked in; she was almost afraid to say hello because you know, we were a little rough. But we’ve been friends ever since.” 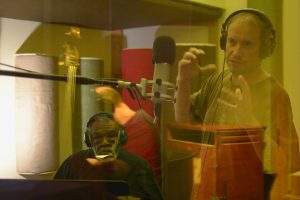 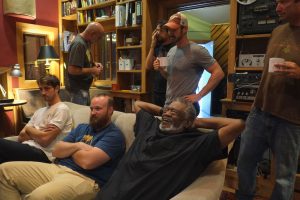 Some of the song choices may be more surprising, like Ben Harper’s “Homeless Child,” Marvin Gaye’s “Don’t Do It” (nodding to The Band’s famous cover), and “Liza Jane,” the Vince Gill hit that Sherman says he’s wanted to sing ever since he first heard it on the radio. He’s loved the Creedence Clearwater Revival classic “Green River” even longer—in fact it was one of the last songs the Holmes Brothers worked on together. Sherman’s version features a fresh arrangement, with Ickes’ dobro talking the famous guitar lick.

The gospel tracks also come from the heart, including a version of the childhood church favorite, “I Want Jesus.” Especially notable is “Rock of Ages,” which Sherman performed with Reverend Almeta Ingram-Miller, who’s taken over for her late mother Maggie as the leader of the Ingramettes. “What she sings in that song is what she experienced, with the loss of her mother. It was a really powerful moment,” Lohman explains. Holmes’ assessment is more modest: “I had to sound like a real gospel singer on that one, and I never knew I could do that.”

With the album in stores in July, Sherman plans to hit the road for his first tour as a solo artist. “I’m really looking forward to getting out there,” he says. “That’s my life, man.”

About the Virginia Folklife Program

The Virginia Folklife Program, a public program of Virginia Foundation for the Humanities, is dedicated to the documentation, presentation, support, and celebration of Virginia’s rich cultural heritage. For more than twenty-five years, the program has documented the Commonwealth’s music and material traditions and shared those histories through hands-on workshops, performances, exhibitions, audio and video recordings, and apprenticeships across Virginia. For more information, visit VirginiaFolklife.org.

Virginia Foundation for the Humanities (VFH) connects people and ideas to explore the human experience and inspire cultural engagement. VFH reaches an estimated annual audience of 23 million through community programs, websites and digital initiatives, grants and fellowships, radio programs and podcasts, the Virginia Folklife Program, and the Virginia Center for the Book. To learn more, visit VirginiaHumanities.org. 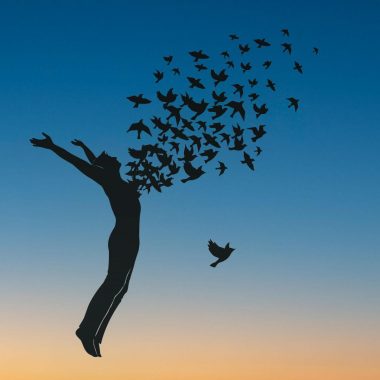 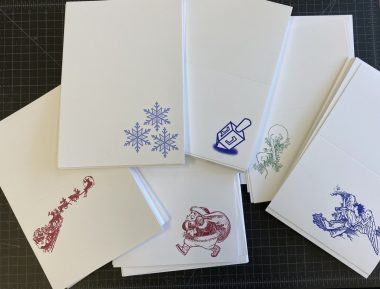 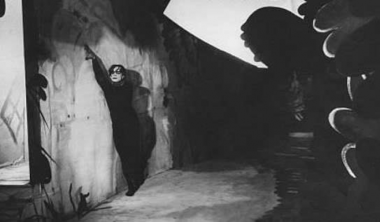