The End of Mormon Polygamy 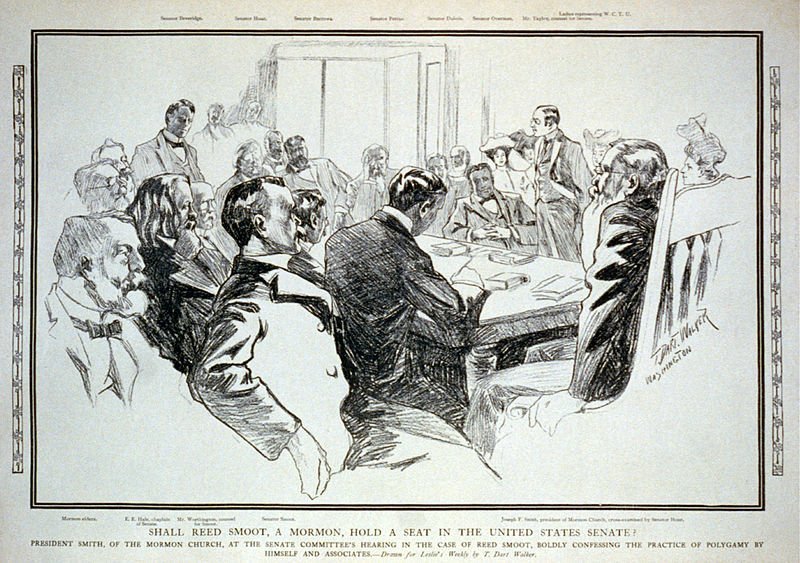 Jane Barnes is an independent scholar in residence at Virginia Foundation for the Humanities. In 2007 she was the writer for the Frontline/American Experience documentary The Mormons and in 2012 she published the book Falling in Love with Joseph Smith – My Search for the Real Prophet.

This summer, during her stay at VFH, she’s working on a new book about the end of Mormon polygamy. Barnes sat down with Trey Mitchell, director of web communications at VFH, to discuss her work.

You’re not Mormon, so what sparked your interest in Mormon history?

I now go regularly to Sojourners United Church in Charlottesville, but have a past as a religious wanderer. I’ve wandered into groups that are a little off-beat and attended different churches here and there. When I read the biography of Joseph Smith by Fawn M. Brodie (No Man Knows My History: The Life of Joseph Smith) I really responded to him. He was a very complicated character. Some people feel he’s a rogue, some people feel he’s just crazy, but I felt he was like a Rauschenberg of modern religion.

Rauschenberg was a famous modern artist who had never seen art as a young boy. He went to a museum for the first time and said “I’m an artist. I’m going to be an artist.” Joseph Smith was poor and illiterate but he had this understanding that the Christian religion needed to be renewed and he had a way of doing it that was very imaginative.

What role did polygamy play in the lives of early Mormons?

Polygamy was a huge issue in nineteenth century Mormonism. It was the last revelation of Joseph Smith and it was scorchingly controversial. Ordinary Americans were frightened of polygamy and it was divisive even among the Mormon community. People suspected polygamy of just being a trick to get more sex into marriage. But Joseph Smith saw it at least partially as a reenactment of the biblical patriarchs. And it went with a religious discipline and an important religious idea. They believed that by practicing polygamy they would have eternal life with their families and go on having children with their family in the after-life.

Because of their unorthodox beliefs and marriage practice, the Mormons were chased out of New York, Ohio, Missouri, and Illinois—where Joseph Smith was murdered. They decided to go west to territory which was outside of America. Before they left, they held ceremonies in the temple where the bonds of polygamy were stretched to bring the community as close as possible. Young men married their wives, but were also adopted as sons by leaders like Brigham Young. Older single women married into new families. Young children were bound to their parents. For persecuted people on the run, their bonds made them feel like one big family. I think that was psychologically, emotionally, and religiously very profound. It gave them a lot of courage and confidence as they were pushed further west. And even today, when they’re past polygamy, that original sense of solidarity is still strong in the Mormon community.

I’m for polygamy for Mormons in the nineteenth century and do think they were unfairly treated.

If it worked well for them, why did they give it up?

In 1852 the Mormons publicly announced that they were officially practicing polygamy and the rest of America went wild. There was an outpouring of “fake news” in the form of books—bodice rippers really—by women who’d never even seen a Mormon. And I think the women’s movement and Christian support of women couldn’t co-exist with polygamy in the same nation.

Polygamy laws built up and built up and the polygamists fought back. Mormons made a lot of genuine arguments for their religious rights under the First Amendment. In 1870 the Federal Government even granted women in Utah the right to vote (fifty years before women in the rest of the country got it). The hope was that given a voice, women in Utah would reject polygamy. But they didn’t and in 1887 the government took away their right to vote again with the Edmunds-Tucker antipolygamy act.

Polygamy was finally brought to its knees in 1878 when the United States Supreme Court ruled in Reynolds V. United States that religious freedom allowed you to believe anything you wanted, but that the practice of religion was still subject to federal and state law. From then on, Mormons still practiced polygamy but the consequences grew steeper. The government took away church lands, they took away money, and they threatened to close the temples. Many of the leaders were jailed and women were required to testify against their husbands. Eventually the Mormon leadership did accept giving up polygamy in exchange for receiving statehood.

In 1903 they got a Senator (Reed Smoot) who went to Washington to represent Utah. But it was widely rumored that the Mormons were still practicing polygamy, and they were. So the hearings to confirm him, which went on for about four years, were all about the continued polygamy in Utah. That’s the focus of the book I’m working on now at VFH.

Something that stood out to me about Obergefell v. Hodges [the case that declared that the right to marry extends to same-sex couples] is how often polygamy came up as a threat if the Court allowed gay marriage. The first half hour had not passed before Justices Roberts, Scalia, and Alito began to raise the subject of polygamy. And interestingly, they talked about it like it was an alien marriage practice with no history in our culture. They never mentioned that the Mormons had practiced polygamy in America.

What are you hoping to accomplish during your fellowship at VFH?

I’d like to write and publish an essay about the Supreme Court and contemporary polygamy. Then I hope to organize the chapters of the book I’m working on.

Does your VFH fellowship enable you to do things you couldn’t otherwise?

It gives me an amazing relationship with the University of Virginia library. And it’s great to be in a place where there are all these other Fellows who are doing such incredibly interesting work. I think the Virginia Foundation for the Humanities is an amazingly generous help to writers, artists, and scholars. We all have it in our hearts. 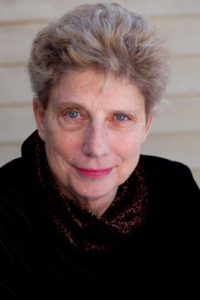 Jane Barnes is an independent scholar who has received fellowships from the NEA, the NEH and Virginia Foundation for the Humanities. In addition to Falling in Love with Joseph Smith, she has published two novels, I, Krupskaya: My Life with Lenin and Double Lives.

Her essays and stories have appeared in MLLE, Mirabella, Prairie Schooner, Dialogue, and the Virginia Quarterly Review, among others. Barnes, who has written documentaries for American Experience, American Masters, and Frontline, lives in Charlottesville, Virginia. 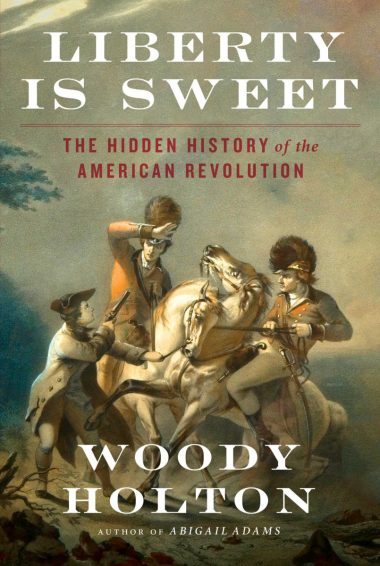 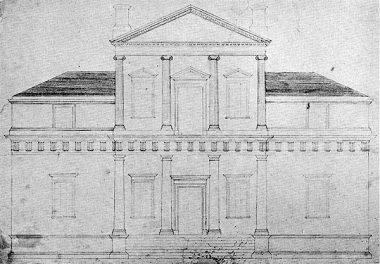