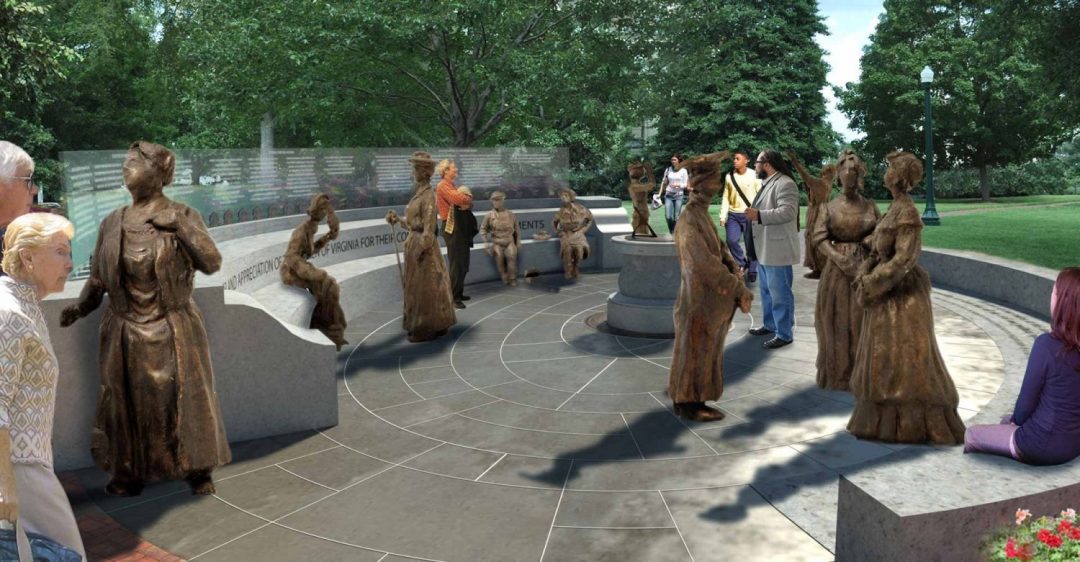 Rendering of the monument courtesy the Women's Monument Commission.

Earlier this month ground was broken in Richmond’s Capitol Square for a new monument honoring the contributions of women in Virginia. The monument will feature bronze statues of twelve women, nine of whom you can read about in our Encyclopedia Virginia.

Three other women are included in the monument, and the encyclopedia will eventually feature entries on them, too. Mary Draper Ingles (1732–1815) was famous for being taken captive by Shawnee Indians during the French and Indian War, escaping, and traveling 600 miles back home. Elizabeth Hobbs Keckley (1818–1907) was born enslaved, worked as a seamstress for Mary Todd Lincoln during the Civil War, and later wrote an autobiography. Finally, Laura Lu Copenhaver (1868–1940) served as director of information for the Virginia Farm Bureau Federation and emphasized the cooperative marketing of farm products. One of her poems, “Heralds of Christ,” became a well-known Lutheran hymn.

Since its founding in 1974, VFH has been committed to preserving and sharing Virginia’s under-told and under-heard stories, especially those of African Americans, Virginia Indians, new immigrants, and women. We look forward to the completion of this monument in Richmond’s Capitol Square. For now you can watch a video of the proposed monument courtesy of the Virginia Women’s Monument Commission. 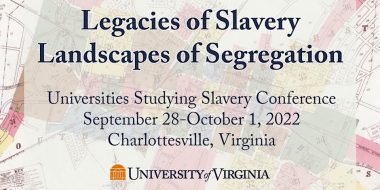 Legacies of Slavery – Landscapes of Segregation

The University of Virginia and its President’s Commission on the University in the Age of Segregation (PCUAS) will host the USS conference from September 28-October 1st, 2022: Legacies of Slavery … 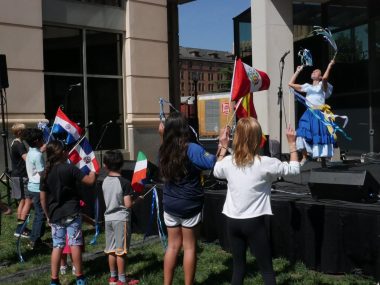 Join us for our 3rd annual Hispanic Heritage Month Celebration at Wells Fargo Plaza in downtown Roanoke. The multi-faceted cultural heritages of Latin America will be on display through a … 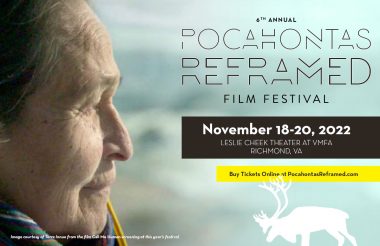