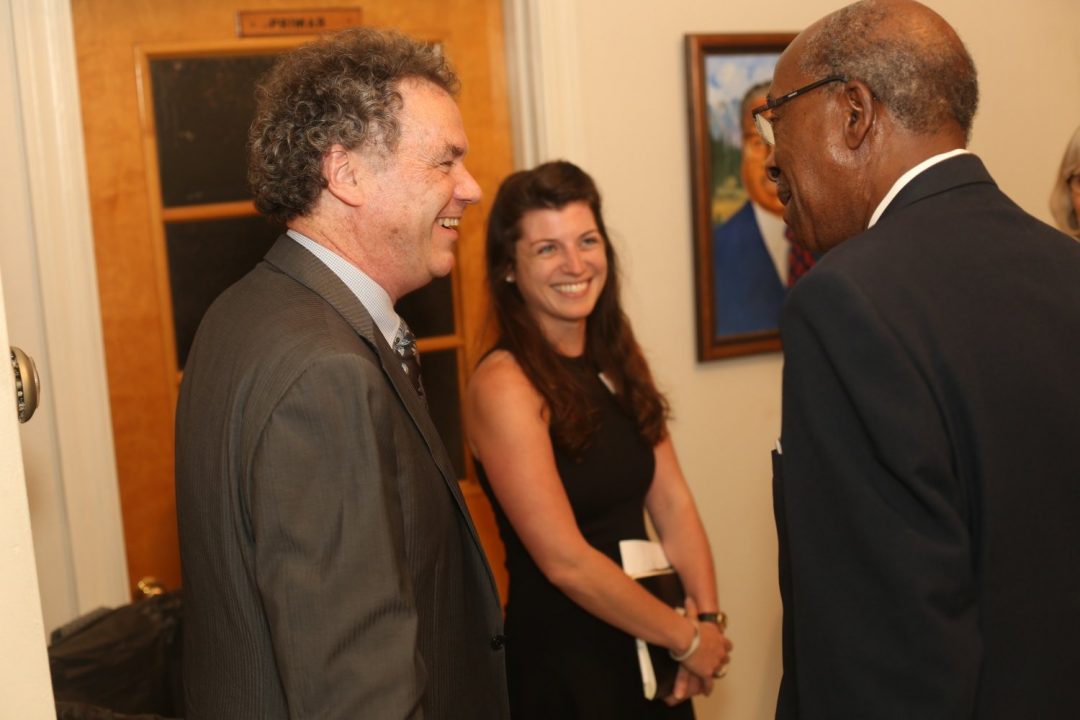 Stories have power. History has power. And the ways that history is represented through monuments and other memorials have the power to unite and to divide. Whose history is it? Who owns the past? If a flag or a statue or the name of a public building means one thing to one group of people and something else entirely to another, can these different views of the past be reconciled?

And what about events in the past, the stuff of history itself? Or the complicated stories of historical figures, such as Thomas Jefferson or Robert E. Lee? Different people see them in different ways, depending on how they understand their own heritage, their own place in history, and how they see themselves. These questions have become more urgent than ever before. These differences have led to violent clashes, sadly with tragic outcomes. What role can the humanities play in bridging what divides us? Do the humanities have the power to heal?

In Danville, History United is confronting these questions head on. A multiyear partnership between the Danville Regional Foundation and Virginia Humanities, History United is taking steps to use divisive history and divided perspectives on local history to create a new, more holistic sense of community.

Danville has a long history of tense race relations. Jim Crow segregation was deeply embedded in southern Virginia, but the civil rights movement took a firm hold there. On June 10, 1963, a day that became known as “Bloody Monday,” local police and a cadre of deputized white garbage workers attacked a group of mostly black protesters with fire hoses and clubs. Forty-seven people were injured, some of them seriously, leaving Danville and the surrounding community bitterly divided along racial lines.

The city was also the place where President Jefferson Davis fled after the fall of Richmond, briefly re-establishing his government there in what became known as “the last capital of the Confederacy.” Today, a Confederate battle flag larger than the footprint of a small house flies along Route 29, just north of the city.

Both of these histories are part of Danville’s—and Virginia’s—inheritance. They coexist alongside one another. But until recently there has been no effort to create dialogue between them, much less promote the healing of old wounds that is needed before the region can move forward.

The challenge of creating a path forward has been complicated further by the decline of the textile and tobacco industries that sustained and in many ways defined the Danville region since the nineteenth century. The waning of these industries has left a community united by its loss of economic stability in the present but still divided in its understanding of the past.

As a complement to the first of these Content Academies, and on the evening before the fifty-fourth anniversary of Bloody Monday, historian Ed Ayres spoke to an audience of more than 125 people at High Street Baptist Church, where Martin Luther King Jr. appeared twice in 1963. In addressing “The Roots of Segregation,” he also spoke about heritage and how history is remembered. He pointed to two events that occurred in Danville within a year of one another: the founding in 1882 of what would become one of the largest textile manufacturers in the South, Dan River Mills; and the demise of a progressive biracial coalition known as the Readjuster Party after a street fight escalated and left four people in Danville dead in November 1883. In local memory, “The Mill” remains a potent symbol of the region’s bygone prosperity, while the so-called Danville riot that shaped so much of the racial history that followed is almost entirely forgotten—a vital but missing piece of the Danville story.

The riot and Dan River Mills are bound together in Danville’s inheritance, just like Bloody Monday and the last capital of the Confederacy. They are threads in a complex, braided narrative, and the work of History United is to ensure that this narrative is not seen as one single, fragile strand that can be broken by the weight of other voices, but as the broader story of a community and its contradictions that includes pain and loss.

Increasingly, this nexus between the humanities and healing is making itself apparent in our work. In 2017, Virginia Humanities presented a workshop on this topic—the Humanities and Divided History—at the national conference of state humanities councils in Boston. The program addressed painful and divisive histories and how the humanities can help people see what they have in common.

“Many international conflicts are essentially conflicts over contradictory narratives—consider the Israeli-Palestinian or Northern Ireland conflicts,” says Mark Habeeb, a conference panelist and professor at Georgetown University’s School of Foreign Service. “Creating a common narrative—in which the conflict itself is viewed as a shared trauma—may provide the only path to reconciliation.”

Daryl Byler, another panelist, is the executive director of the Center for Justice & Peacebuilding at Eastern Mennonite University in Harrisonburg. “Stories retold across the generations are powerful tools for shaping our cultural, religious, and national identities—and for perpetuating conflicts,” he says. “It is only by listening deeply to another’s story that we see our own story in a new light and can begin to make space for an expanded and more inclusive narrative.”

The work of History United is an important step along this path. And what the rest of Virginia—and the nation—have to learn from Danville and the pioneering efforts there could point the way forward, toward healing and reconciliation, at a time when consensus about who we are as a people seems more elusive than ever before.