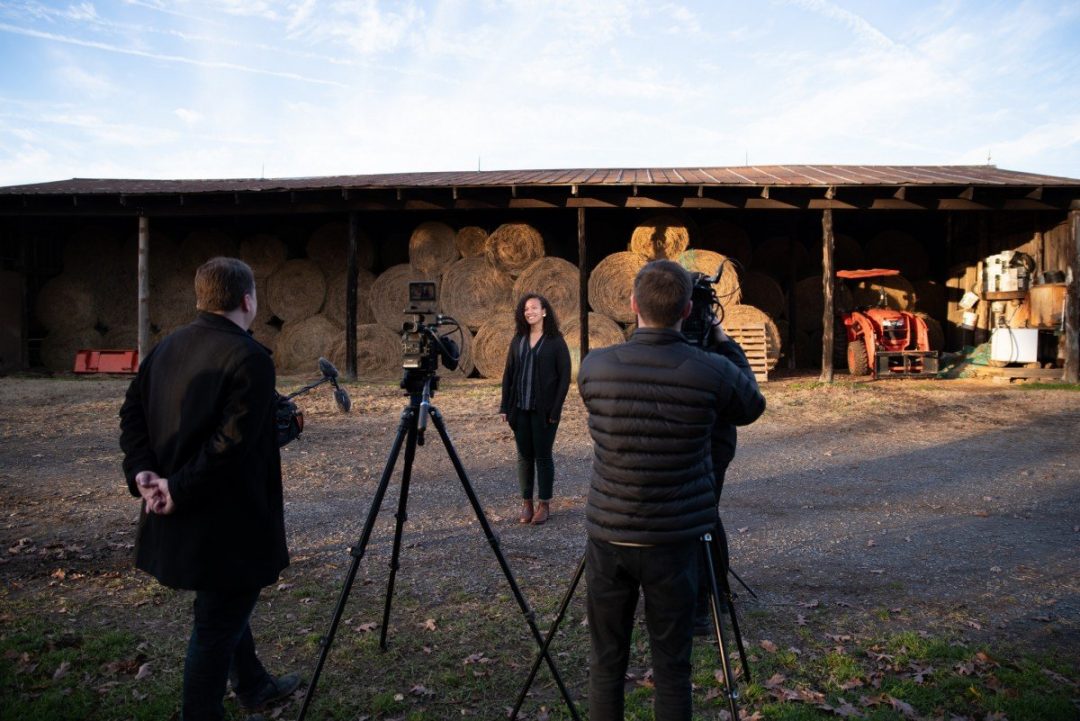 Members of the Encyclopedia Virginia (EV) team can often be found behind the camera, capturing 360-degree panoramic images of historic sites across Virginia. Recently, however, Peter Hedlund and Justin Reid found themselves on the other side of the camera as subjects in a short documentary film by Google Earth Outreach, a division of Google Earth that helps organizations use Google mapping tools for positive social and environmental impact. The film, which will run between five and eight minutes, is one of a number of short Google Earth films that highlight the ways Google tools can be used by non-profits like Virginia Humanities for public benefit.

Google staff members first learned about EV’s current project focusing on Virginia’s African American history at the seventh annual “Geo for Good” conference in October 2018. The EV project, supported by a grant from the National Endowment for the Humanities, includes the production of virtual tours of slave dwellings and other African American sites dating from 1619 (when Africans first arrived in Virginia) through 1860 (the year before the Civil War began). After hearing about EV’s use of Google Street View to collect 360-degree imagery of slave dwellings, the Google team proposed filming a documentary about EV’s work and its partners, including Jobie Hill, a historic preservation architect and founder of the Slave House Database; Hannah Scruggs, a historian and researcher based at Montpelier and the Smithsonian; and Niya Bates, a public historian of slavery and African American life at Monticello.

In early December, four filmmakers working for Google spent three days with the EV team: two days visiting slave dwellings and other slavery-related sites, and one day at Virginia Humanities’ headquarters in Charlottesville. On the last day of filming, Hedlund and Reid reflected on the opportunity to revisit these sites and on the power of Google mapping tools to help bring the historical experiences of African Americans to life through virtual reality.

“Google Street View gives us a great way to give people access to places that they wouldn’t normally be able to visit,” said Peter Hedlund. “Think about the K-12 school community in VA: field trip budgets are limited; students typically go on between one and three field trips a year. Within those limitations, students may only see Williamsburg, or Jamestown, or Montpelier; and those places are great, but they’re only part of Virginia’s history. If we can provide a virtual way to visit other places, students can be exposed to a broader context for the totality of Virginia history.” 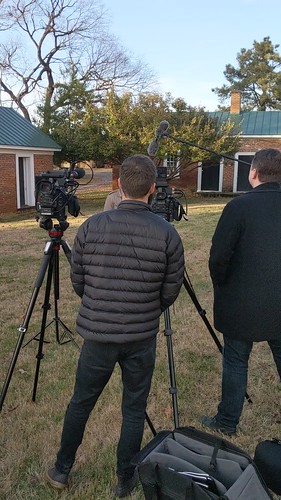 “We hope that the work we’re doing can help educators offer a more truthful narrative,” said Justin Reid. “There’s a movement in classrooms toward primary sources and place-based learning. Ensuring that these sites are accessible online means that students can experience these sites virtually, which means that they gain a better sense of the experiences that enslaved people had.”

Like all of the content collected in EV, the Street View tours are publicly accessible. This past year, EV Street View imagery passed 10 million views, representing not only visitors to EncyclopediaVirginia.org but also those who come across EV imagery while exploring Virginia virtually on Google Maps. With the release of the film in February 2019 on the revamped Google Earth YouTube channel, the EV team anticipates another big surge in virtual visitors – not only to Virginia’s best known historic sites, but also to the lesser-known historic sites that the Google film highlights.

Update: Google Earth Outreach decided to release the documentary on Juneteenth rather than in February. You can watch it here.