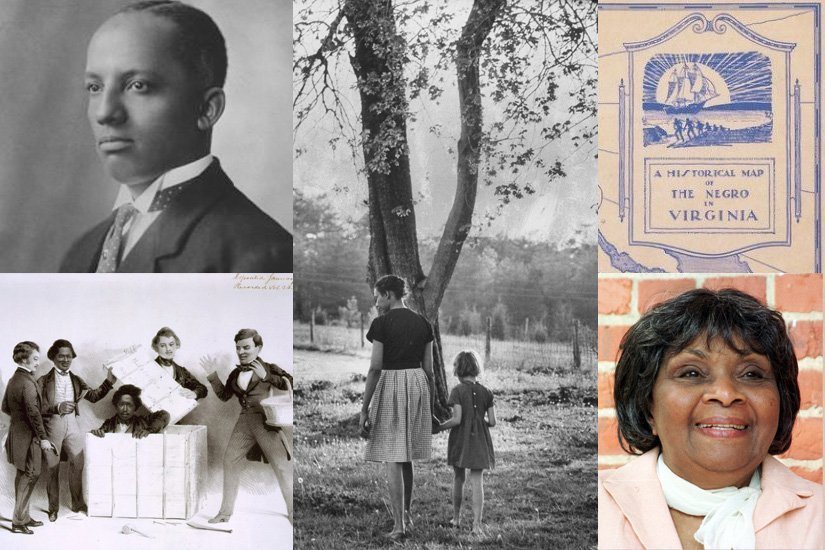 Our shared historical narratives—whether Black, White, or Brown—are all interconnected and can’t be understood in isolation from each other. For that reason, we’re always striving to tell more complete, inclusive histories, every month of the year, in everything we do.

But February is a time when we stop and examine those intertwined narratives with an eye specifically trained on the thread of African American history.

So for Black History Month, we decided to collect a few stories about African Americans from our Encyclopedia Virginia that may have been overlooked in your high school history textbook.

The Negro in Virginia

This book attempted to tell African American history from their vantage point in 1940 and even then had a publisher who doubted that slavery was all that bad. More »

This is a remarkable list of life stories told by enslaved people themselves. More »

Shadrach Minkins was an enslaved man who escaped from Norfolk, VA to Boston, MA where he was arrested under the provisions of the Fugitive Slave Act, only to escape again, this time to Canada. More »

This is another great list, this time of black men who held political power after the Civil War, in some cases just a few years after being freed from slavery. More »

The Train at Wood’s Crossing

“The Train at Wood’s Crossing” tells the story of the 1898 lynching of John Henry James in Charlottesville. Written by Encyclopedia Virginia editor Brendan Wolfe, it is based on Encyclopedia Virginia content and was included on Bunk’s 2018 best-of list as the best example of narrative history writing. More »

The Flight of Henry Box Brown

This episode of Encyclopedia Virginia‘s “Not Even Past” podcast tells the story of Henry Brown, an enslaved man who, his wife and family having been sold away, climbed inside a postal box. Inside he hung feet-side-up, his temples throbbing, his head near to bursting. The box was addressed to Philadelphia—or, put another way, to freedom. Listen »

This episode of Encyclopedia Virginia‘s podcast, “Not Even Past”, tells the story of Anthony Johnson, a slaveholder on the Eastern Shore who, earlier in life, had been known only as “Antonio a Negro.” Listen »

This is another episode from “Not Even Past” about a black spy in the Confederate White House. Listen »

Of course, there’s much, much more. You probably already know the story of Mildred Loving and how her and Richard Loving’s lawsuit against the Commonwealth of Virginia struck down barriers to interracial marriage. What about Irene Morgan? She refused to give up her seat on a Greyhound bus in Saluda, VA in 1945 (ten years before Rosa Parks) and proceeded to get racial segregation on interstate buses declared unconstitutional. Or what about Barbara Rose Johns and how the student walkout she led in Farmville, VA in 1951 led to the desegregation of public schools in Brown V. Board of Education?

These are just a few of the more than 300 entries listed in Encyclopedia Virginia under “African American History.” Some are stories you’ve probably heard before, but many have been left out of textbooks or are just generally not as common knowledge as they deserve to be.

These stories of Black history are stories of Virginia History and this February, we invite you to get to know the remarkable people behind this often overlooked thread of our shared history.