The Long Roads of Memory 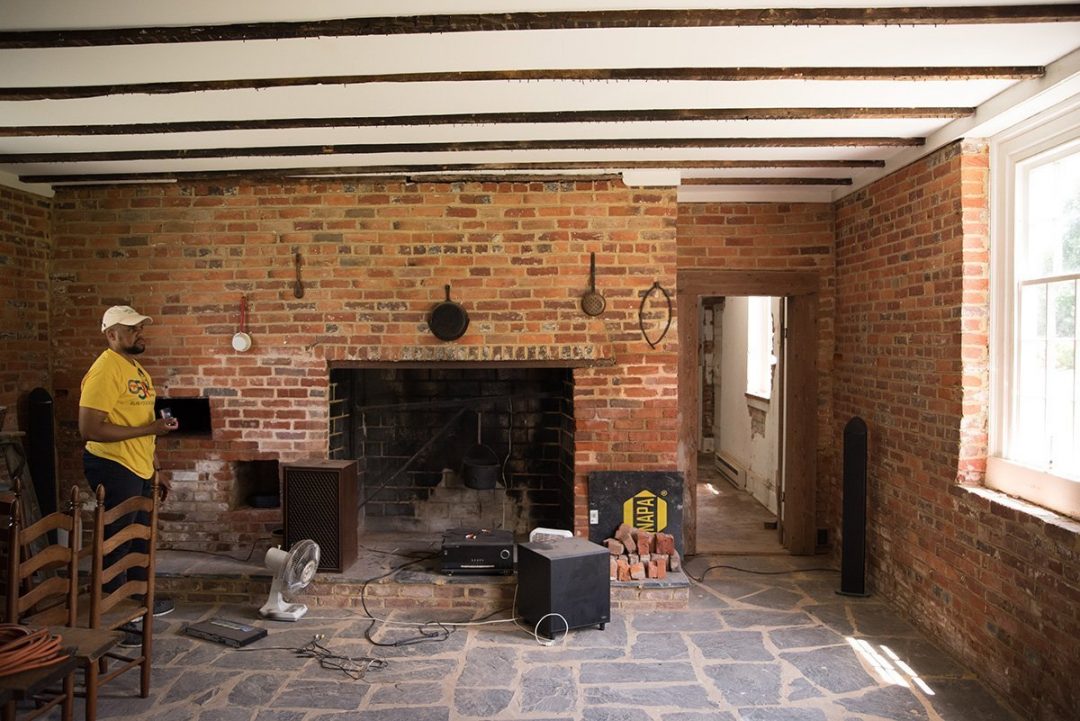 Justin Reid tells the story this way. In 2014 he set out to find the site where his ancestors had been enslaved. What he found was not only a line connecting him to some of the most prominent families in Virginia, but also an unexpected lesson in the power of place to teach and heal, and a flood of questions that have been shaping his work ever since.

Reid is the director of African American Programs at Virginia Humanities. Growing up, he often listened to his grandmother talk about her grandfather, the Reverend Jacob Randolph Sr., or “Reverend Jake,” as the family called him.

Reverend Jake was born in slavery in 1859, in a section of northeastern Cumberland County known as Hamilton, near present-day Cartersville along the James River, on a large plantation known as Ampthill.

His mother died when he was three years old. Eventually, he attended seminary in Lynchburg, became a prominent minister, and founded the Race Street Baptist Church in Farmville, still one of the largest African American congregations in that part of Virginia. He also pastored three other churches, in Prince Edward, Cumberland, and Buckingham counties.

Seeing Ampthill for the first time, Reid remembers that he had no immediate feeling of the pain and trauma that must have taken place there. Instead, he saw folds of rolling farm country, landscapes that have changed little in the past 150 years, and elegant, well-maintained brick structures, including a portion of the main house that had been designed by Thomas Jefferson.

Standing between the former slave quarter and the main house he felt emotions that surprised him. “It wasn’t a sadness,” he says. “It wasn’t anger. It was an overwhelming sense of completion—I set out on this journey, and I’m here.”

But he also describes later breaking down in tears, imagining the child who would become his great-great grandfather, and how the young Jake must have felt when his mother died. “It might have been in this building here …”

The first time Reid met Ampthill’s current owners—direct descendants of the family who had enslaved Reverend Jake and his mother—he remembers searching their faces, looking for some resemblance, seeing none, but still knowing they could easily be related by blood.

The early owners of Ampthill included Thomas Randolph, Robert “King” Carter, and later, Randolph Harrison, who had asked his cousin Thomas Jefferson to design the brick addition. All had been prominent slave owners.

Reid says he’s also grateful that his first meeting with the owners went the way it did. “I could have met someone in complete denial, or defensive, someone quick to apologize for his family’s actions, or trying to present a narrative of benevolence.”

Instead, they acknowledged that slavery was an exploitative economic system, “and I appreciated that, because that’s the truth.”

But he says it also raised important questions: “What do you do once you know this history? Would it be disrespectful to the memory of my ancestors to have a friendship? Is it possible to form a friendship when you understand that the privileges [they] have had for generations have been at the expense of my family? Would there be festering resentment? Would the hurt bubble up at unexpected times?”

These are the kinds of questions that many people in Virginia and across the country, black and white, are now asking as we try to confront the wounds of the past.

Under Reid’s leadership, Virginia Humanities is about to launch a multimedia database of African American historic sites throughout the Commonwealth—“Explored Landscapes of Afro-Virginia,” or ELA—building on an earlier version begun in 1999.

The hope is that this work will encourage schools to focus on their local history, and on former sites of enslavement in particular. Even in places where black and white children may be descended from the same families, they may still not know the ways these sites are connected to their own lives, or how their lives are connected to each other.

Especially now, the power of such place-based learning could be immense.

Places have meaning, and a power that’s sometimes hard to explain. Reid says he felt drawn to the Cartersville area for as long as he can remember.

And the journey he started back in 2014 isn’t finished. Reid returned to Ampthill with the staff of Encyclopedia Virginia to capture 360-degree images of a slave dwelling on the property. And he continues to research his family tree. “I’m still looking, still hoping to come across a deed or other document that will list Reverend Jake or his parents or grandparents.”

It’s hard work. The records of enslaved people, kept by their enslavers, are almost always incomplete. Many don’t include last names or family relationships. Wealthy families often owned multiple plantations, making it difficult to trace the movements and the intertwining lives of enslaved people.

But if you look closely, it’s not hard to see the hand of Reverend Jake still at work when his great-great grandson tells me, “I do wonder in the back of my mind if the things that I’m doing today would make him proud.”