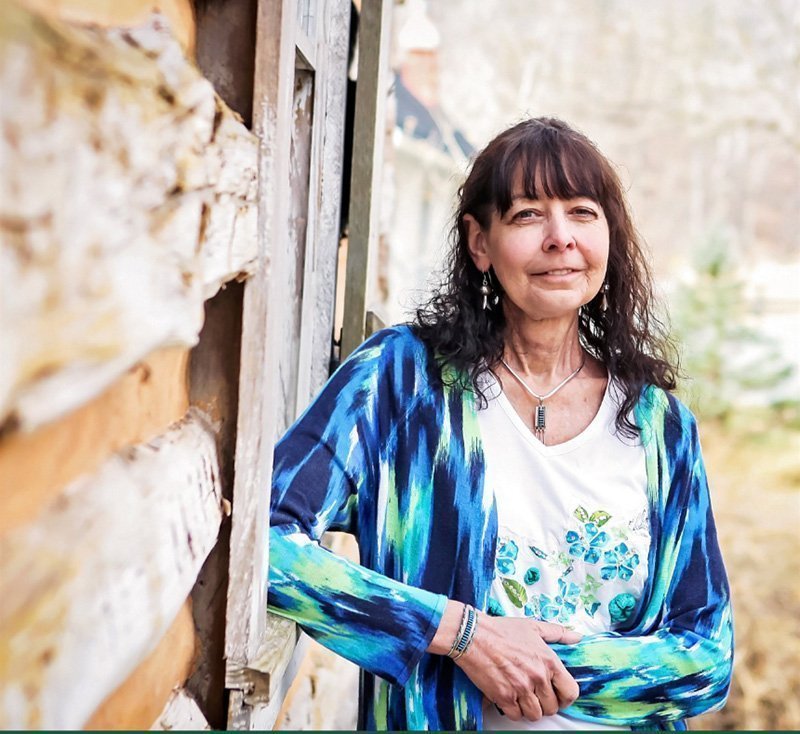 With great sadness we share with you news that Karenne Wood, director of our Virginia Indian Programs, former Board member, and dear friend passed away Sunday morning.

We were blessed to have Karenne for more than a decade as a part of our organization. We encountered her first in association with the Monacan tribe through our grants program. She came onto the Virginia Humanities Board in 2004 as our first Virginia Indian representative and served on our staff beginning in 2007.

In 2009, Virginia Humanities received the Federation of State Humanities Councils’ highest honor—the Schwartz Prize—for her work on our Virginia Indian Programs, which included numerous statewide speaking engagements and a printed guide to the state-recognized tribes. She was also instrumental in updating Virginia’s Standards of Learning to frame a more enlightened understanding of indigenous peoples in our region’s past as well as an awareness that Virginia Indian cultures and communities are a vital part of our present and future.

In the last few years her work went digital. She produced the Virginia Indian Archive and advised on several Virginia Indian entries in Encyclopedia Virginia so that Virginians could have lasting educational resources to interpret Virginia Indian history and cultures in ways that are accurate, culturally sensitive, and broadly accessible.

Karenne wrote two poetry collections, Markings on Earth (2001) and Weaving the Boundary (2016). Her work has been included in the native writing anthologies Sister Nations, New Poets of Native Nations, Sing, Willow’s Whisper, Ghost Fishing, and The People Who Stayed as well as in former U.S. Poet Laureate Tracy K. Smith’s podcast, The Slowdown. In 2015, she was recognized as one of the notable “Virginia Women in History” as awarded by the Library of Virginia.

You can read about Karenne’s work in her own words—what it meant to her and to Virginia—in this interview published in conjunction with our fortieth anniversary in 2014. Much of Karenne’s work has also been preserved in our Discovery Virginia archive. It’s an incomplete testament to a lifelong career dedicated to telling a more honest and inclusive history of Virginia’s Native people.

In that 2014 interview, she refers to her work as “illuminating the experiences of … those whose ancestors first shaped the land we now call Virginia.” We remain committed to that work, though we find the idea of doing it without Karenne’s leadership difficult to fathom. She will be missed.

A memorial service for Karenne Wood will be held at 1 pm on Wednesday, July 31 at the UVA Chapel.