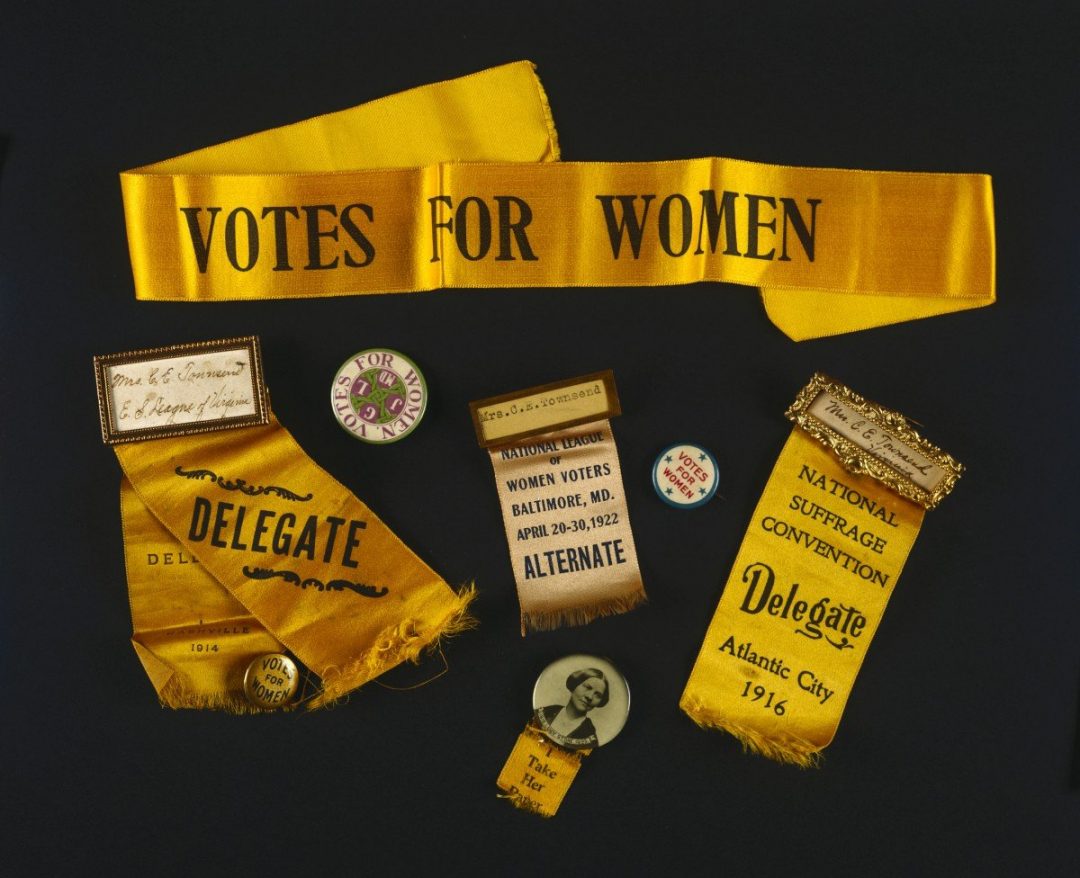 These woman suffrage buttons, ribbons, and name badges date from 1909 to 1922 and are part of the Equal Suffrage League of Virginia collection at the Library of Virginia. Ida Mae Thompson, longtime secretary of the league office in Richmond, collected memorabilia and papers dealing with the organization and donated them to the library in 1942. Photo courtesy of Library of Virginia

2020 is shaping up to be a significant year for women in Virginia and across the country. In addition to the Virginia General Assembly finally ratifying the Equal Rights Amendment (after failing to do so since 1973), this year we will celebrate the centennial of women achieving the right to vote. August 20, 2020, will mark 100 years since the ratification of the Nineteenth Amendment, and November 2, 2020, will commemorate the anniversary of the day women across the country went to the national polls for the first time. (A number of states—mainly those in the West—had already granted full suffrage to women before the passage of the Nineteenth Amendment.)

A new, five-year initiative at Virginia Humanities exploring issues of particular interest to women will also begin in 2020. This ambitious undertaking is made possible by a recently announced endowed fund honoring Rosel Schewel, Virginia Humanities’ longest-serving board member, who passed away on September 28, 2017. The initiative will begin by examining the theme of “Women and Political Engagement” in a series of public events in the weeks before the presidential election. Part of the programming will focus on the nuances of the woman suffrage movement, with its internal divisions and political jockeying, as well as the suffragists themselves, many of whom performed extraordinary acts of physical courage.

Virginia played a central role in some of the more dramatic moments of the suffrage movement. In 1917, women peacefully protesting in front of the White House were arrested and jailed in the Occoquan Workhouse in Lorton, Virginia. There, some of the suffragists were beaten and left unconscious. The women began a hunger strike to demand recognition as political prisoners. Prison officials, unmoved by the women’s pleas, force fed them. A number of the women brutalized in Occoquan—among them several Virginians—traveled across the country in 1919 on a speaking tour dubbed the “Prison Special.” The former prisoners shared their horrific experiences and added a dramatic touch by wearing their prison uniforms.

Suffragists fought an uphill battle in the Commonwealth against both men and women who believed suffrage for all would destroy traditional values. In 1912, two Virginia women went toe-to-toe debating the suffrage question in the newspapers. Adèle Clark took up her pen to forcefully refute Molly Elliot Seawell, a popular and prolific writer who believed “woman suffrage to be an unmixed evil.” Seawell’s views were shared by the vast majority of the men in the state, as well as by the powerful liquor industry, which feared if women won the vote, prohibition would not be far behind.

Complicating the issue even further was the matter of race and the fear of what might happen if Black women voted. In 1916 the Equal Suffrage League of Virginia — an all-white organization— issued a broadside to reassure Virginians that woman suffrage would not “constitute a menace to white supremacy.” In fact, the league claimed it would have the opposite effect, with 191,000 more white women than African American women of voting age in the state. In addition, voters were subject to a literacy test and had to pay a poll tax—both of which were used to disfranchise so-called “undesirable” voters.

The suffragists’ decades-long campaign reached a climax on May 21, 1919, when the U.S. House of Representatives passed the Nineteenth Amendment granting women the right to vote, by the required two-thirds majority. On June 4, 1919, the U.S. Senate followed suit. It was then up to the states. Three-quarters of them—thirty-six states in all—had to ratify the amendment before it could be incorporated into the U.S. Constitution. Virginia rejected the amendment on February 12, 1920, one of nine southern states to do so. Tension mounted over the fate of the amendment, but on August 18, 1920, Tennessee—the thirty-sixth state—ratified the Nineteenth Amendment by a single vote. Though the victory had been won and Virginia women could henceforth vote, the Virginia General Assembly continued to express its legal disapproval, refusing to ratify the amendment for another thirty-two years.

Though Black women had been marginalized from the struggle in Virginia, they came to the fore once women won the vote. Women like Maggie Lena Walker, a prominent Black entrepreneur in Richmond, helped organize voter registration drives. Enraged at seeing women standing in long lines to register, Walker went personally to city hall to demand that more officials be employed to hurry up the process. Led by her and other energetic women, nearly 2,500 African American women in Richmond registered to cast their votes in the 1920 election. (More than 10,000 white women in Richmond also registered.)

As the centennial of the vote approaches, much has changed in Virginia. In this #MeToo era, women are taking an increasingly visible role as political power brokers. The 2017 election for Virginia’s General Assembly transformed the entire look of the halls of power, as more than one-quarter of the legislators are currently women. And the 2019 election may add to that total. Thus, the timing is perfect for Virginia Humanities to take a deep dive into issues from the past and present that are relevant and important to the women of Virginia—a venture made possible by the Rosel Schewel Fund.

Schewel, who obtained a Master’s in Education from the University of Lynchburg (then Lynchburg College) and a resident of that city, was an educator, philanthropist, and political activist. A fierce advocate for racial justice and women’s rights, Schewel’s influence was felt across the state over many decades. In the 1950s she succeeded in integrating a new Girl Scout camp over the protests of board members and helped found the Lynchburg League of Women Voters. In the 1970s she was instrumental in creating the Women’s Resource Center in Lynchburg, and in the 2010s she was a leader in the establishment of Beacon of Hope, a nonprofit organization that actively encourages and mentors high school students to help them gain access to higher education. Appropriately, the kickoff for the fund named in her honor will take place at the University of Lynchburg in the fall of 2020. The planned public events will include a series of discussions examining the high level of current political activity by women on both sides of the aisle; the unsung achievements of women who fought to get the vote; and the work of local civic activists in Lynchburg’s past and present.

These events will mark the start of a five-year initiative by Virginia Humanities. During that time, woman-led and woman-focused projects will explore topics on an annual thematic basis. After starting with women in the political sphere, other broad topics will include women’s health, women in social movements, the hidden—or undervalued—labor of women, and women’s stories that have yet to be told. This initiative will coincide with a committee-led fundraising effort to grow the Rosel Schewel Fund to $500,000 by 2025.

Virginia Humanities is well positioned to add to the ongoing conversation about the expertise, challenges, triumphs, and diverse experiences of Virginia women; its programs already have a long history of exploring and amplifying these themes. Encyclopedia Virginia’s section on Women’s History contains more than 100 entries that supply rich historical context; the Virginia Festival of the Book has always been a prime showcase for rising young women authors as well as established ones, and panel discussions often revolve around current issues of particular concern to women; grants and fellowships have been a prime avenue for advancing scholarship on these themes; the African American and Virginia Indian programs have highlighted the contributions of women ignored in traditional histories; the dynamic work of the Virginia Folklife Program has long provided evidence of the importance of women in traditional arts and crafts, from gospel singing to oyster shucking; and the Virginia Humanities radio programs BackStory and With Good Reason have offered engaging platforms for exploring women’s stories. If successful in reaching its fundraising goal, the Rosel Schewel Fund will protect and amplify this important programming for years to come. 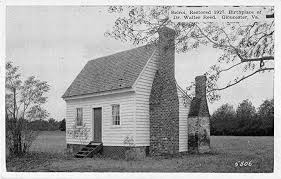 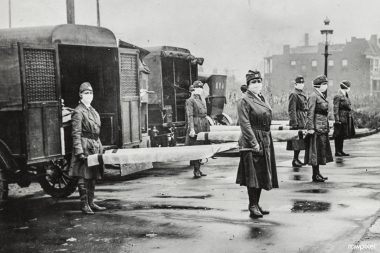 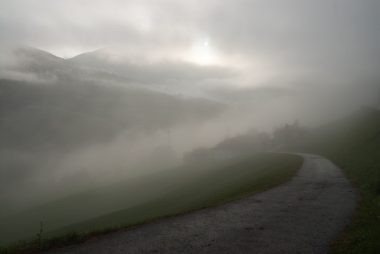