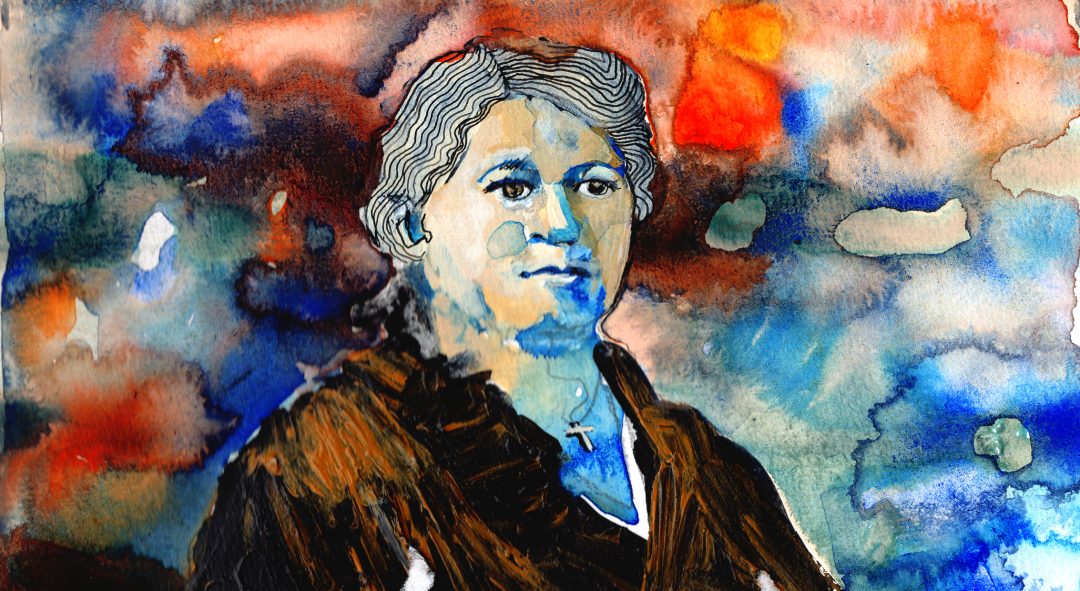 Unladylike is a series of twenty-six multimedia films honoring the 100th anniversary of women’s suffrage. Launched in March during Women’s History Month and continuing through August 26 2020, each ten-minute episode will be available free of charge to the public on the PBS’ American Masters website.

With archival footage (much of it newly colorized), lively graphics, music, and in-depth historical research, each Unladylike film tells the story of how a different Progressive Era American woman changed history. Each woman’s remarkable achievements transformed the period and paved the way for contemporary feminism, yet continue to be undertold in standard historical narratives.

An extraordinarily tenacious activist and lifelong advocate for civil rights and women’s suffrage, Walker founded St. Luke Penny Savings Bank in Jackson Ward in 1903. The bank employed and served African Americans and helped to make the predominantly black neighborhood a thriving business center and hub of middle-class life. With Walker as its founder and president, it survived the stock market crash of 1929, operating until 2005 as the nation’s oldest Black-owned bank.

Walker’s childhood coincided with the end of the Civil War and the short-lived gains of the Reconstruction Era. She saw—and experienced firsthand—how new reforms for racial equality gave way to the rise of Jim Crow laws that segregated schools and housing districts and restricted voting rights.

Walker contested the notion that women be confined to the domestic sphere and she advocated, especially, for the role that African American women could play as change-makers and reformers in their own right. “To avoid the traps and snares of life,” she declared, “women must band themselves together, organize…put their mights together, put their hands and their brains together, and make work and business for themselves.”

Mangin and her team spent three days in Richmond conducting research, meeting with scholars of African American history, and building connections with Virginia-based organizations so that the film can be screened and discussed locally.