A Political History of the Food Stamp Program

A Q&A with Tracy Roof 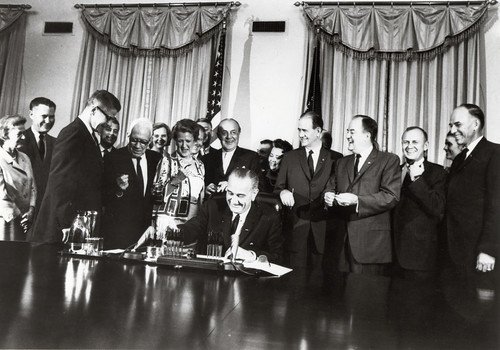 Virginia Humanities Fellow Tracy Roof is writing a history of the food stamp program, also known as the Supplemental Nutrition Assistance Program (SNAP). The completed book, titled Nutrition, Welfare, or Work Support? A Political History of the Food Stamp Program, will trace the evolution of SNAP from its earliest beginnings in the late 1930s all the way up to the present, during the time of Covid-19. Roof’s book will be the first of its kind—despite SNAP’s longstanding prevalence in policy debates and its steadily increasing enrollment numbers, Roof says there is currently no book in existence covering the program’s entire history.

So, first, how has your Fellowship been affected by the coronavirus?

Well, I was supposed to spend the full semester in residence at the Library of Virginia, which is now closed to the public, but employees like the archivists continue to work. Since the Governor’s executive orders in March, I have gone in a few times and most people on my floor are working from home, in part because they have kids who are out of school. That’s why I’m home, too. I’ve got elementary and middle school kids.

Is it difficult trying to write at home?

Yes, I’ve had a lot of trouble doing it. It’s not just the fact that I’m at home and the kids are running around, it’s also that I can’t keep away from the news! I teach health care policy, and all the information on that is blowing up. I feel obligated to keep tabs on it as it unfolds.

In this article you wrote for The Conversation about the pandemic, you discuss how SNAP can help individuals as well as the economies of entire communities. How does that work?

The number of people eligible for SNAP goes up as the economy declines and SNAP benefits help them to keep spending money on food and redirect some of the money they would have spent on food to other needs.  This injects money into local economies, so the food stamps program has really strong anti-recession properties.

Also, this is a time when people just really need extra help. For example, because of the virus, food banks are losing their volunteers as well as donations. People who are out of work or low on money are finding that the food banks are overwhelmed, and they don’t have the savings to stock up on food. Food stamps are more important than ever.

Yet much of the food stamp program’s history remains either invisible to or misunderstood by a lot of Americans, right?

Yes, and that’s especially true of the early history. I was initially going to start the book with the passage of the permanent program in 1964, under the Johnson administration. But then I realized that I needed to look at what got us there, so I pushed it back to the 1940s and 50s.

After World War II, America had soaring agricultural surpluses, and the government bought up and stored millions of pounds of commodities to protect farmers’ incomes. By the mid-1950s the government literally struggled to find space to store it all. At the same time, the coal economy took a big hit, and tens of thousands of coal miners were laid off, resulting in the shocking poverty that Kennedy saw when he took his tour through West Virginia in 1960. Kennedy created a pilot food stamp program in eight areas in 1961.  Dickenson, Lee, and Wise counties in Southwest Virginia were among the first additional areas included in the Kennedy administration’s expansion of the pilot food stamp program the next year.

The first congressional proposals for food stamps would have targeted getting those unused surpluses of food to people who were hungry. By the time the program was made permanent in 1964, the surpluses weren’t as much of a problem, and the program became one that allows its participants to use stamps for any kind of food. But there was only enough funding for a limited number of local jurisdictions to participate.

I’ve just finished that chapter, and now I’m transitioning to the period in the Johnson administration when there was growing pressure to expand the program. In the late 1960s, the emphasis pivoted to civil rights.

How did the program come to be associated with civil rights?

That happened in the mid-to-late 1960s as many civil rights organizations turned to the extreme poverty that was the legacy of the racial caste system. The sharecropper and tenant farmer economies in the south were falling apart and mechanization and federal agricultural policies sharply cut back the need for labor.

The application of the minimum wage to farm labor in 1967 made the problem worse. With far fewer farming jobs, many black farm hands and their families in the deep South were literally starving. Eventually, thanks to picketing and campaigning, there was a big congressional investigation into problems with the War on Poverty programs including food assistance.

The next year, the Poor People’s Campaign organized by Martin Luther King called further attention to the problems of hunger and discrimination and weaknesses in federal programs such as food stamps. A few changes were made during the final years of the Johnson administration, but major changes in the Nixon and Carter administrations expanded the food stamps program exponentially, extending it to every locality in the country and making it easier for low income people to participate.

What about resistance to the program?

As enrollment grew, so did criticism of the program as prone to fraud and abuse and promoting dependency on government help.  Ford attacked the food stamps program to stake out his conservative credentials while competing with Reagan for the Republican presidential nomination in 1976. As president, Ford proposed changes to cut back the program, but they didn’t pass.

But when Reagan got elected as president in 1980, his efforts to cut the program initially succeeded. He led an effort to reduce funding for the program and to lower the income cap for eligibility, so that fewer working poor families could get food stamps. That had been one of the hallmarks of the food stamps program: it was available to people who worked but who were still struggling to afford food.

But, soon after, the country hit a big recession. Unemployment spiked and suddenly there were a lot of formerly middle-class blue-collar workers who found themselves unemployed and unable to feed their kids. Use of food banks soared.  So, eventually, there was pushback and Congress passed legislation that made more people eligible for food stamps.

There’s a strong parallel, as a matter of fact, between what happened then and what’s happening now, especially in terms of rising unemployment among people that never needed government help before.

What sorts of materials do you use for your research?

Most of what I’ve pulled at the Library of Virginia has been government documents, like hard copies of congressional hearings, ones where they investigate the problem of hunger or evaluate the operation of the SNAP program.

Some can be very interesting. They include statements from witnesses – such as a representative of an anti-poverty organization, a governor, or a member of the community – and involve questions from members of Congress.

In one, from the early years of the program, a grocery store owner in Detroit talked in detail about his family and how he had made his business. The food stamp program replaced a small program where the government would hand out surplus items, typically flour, lard, other basic and often low-quality ingredients. But in certain areas the grocery stores were furious about that, because it competed with their sales.

What the grocery store owner really wanted was a program that would bring sales through his market. You asked before about how food stamps can help the economy, and that’s one way.

That’s what I love about it. There will definitely be a lot that I’ll be able to put in the conclusion of the book that deals with the full episode of the pandemic—about the safety net in general and this growing realization that we need to have these government programs to fall back on. Because you really never know when life will be turned upside down.

Tracy Roof is Associate Professor of Political Science at the University of Richmond. She earned her B.A. from Yale University and her PhD from Johns Hopkins University.

She held a fellowship through the American Association of Political Science in the office of Senator Tom Harkin and the Senate Health, Education, Labor and Pensions Committee (2001-2002).

Roof’s first book, American Labor, Congress, and the Welfare State: 1935-2010, was published in 2011. She lives in Richmond with her family.