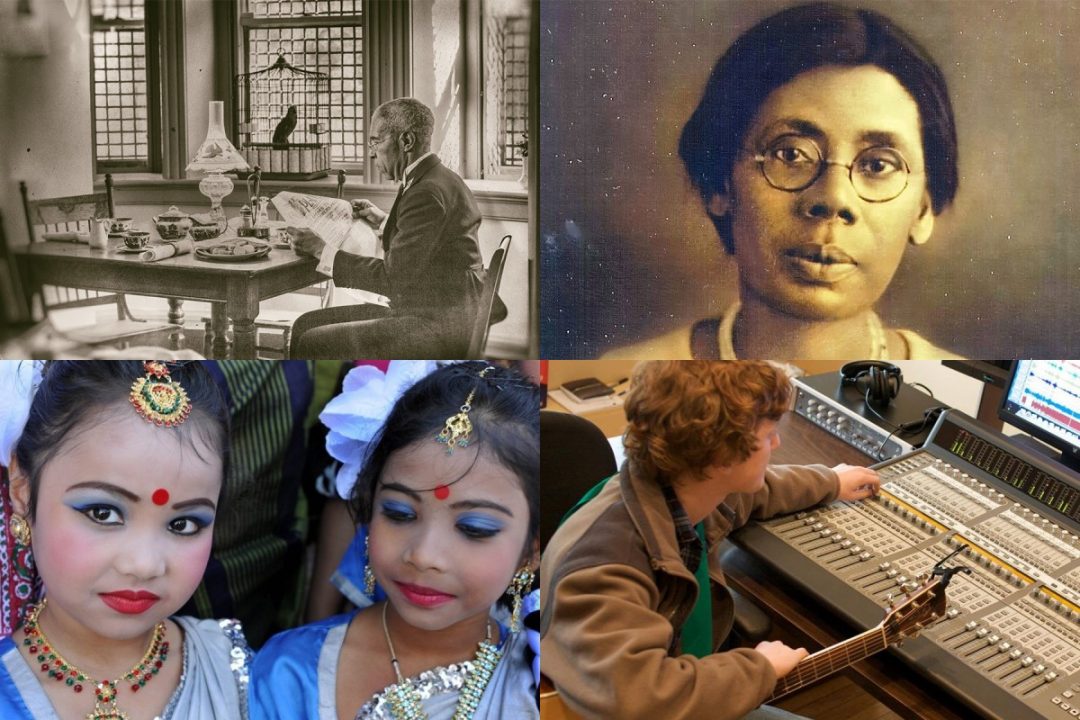 Virginia Humanities announces $235,800 in recent grants to nonprofit organizations in support of public humanities programs for audiences throughout the commonwealth and beyond.

The Virginia Humanities Grant Program helps communities share stories about their own histories and convene conversations around the topics that are most relevant to local residents today. Virginia Humanities has awarded grants to museums, historical societies, and other cultural non-profits across the state since 1974, reaching every corner of the commonwealth.

“At Virginia Humanities, we recognize that the present and the future of the commonwealth depend on our coming together to understand our past. The projects funded in this grant cycle use storytelling, history, and art to explore the diverse array of cultures in our state,” said Matthew Gibson, Virginia Humanities executive director. “These projects will serve everyone in the commonwealth and help us better understand where we’re all coming from.”

Virginia Humanities grant projects reach an estimated annual audience of 1.5 million, with an average 4:1 dollar match. The projects funded in this round of grants span the commonwealth, reaching all eleven of Virginia’s Congressional districts. Fifteen are directly focused on amplifying the voices and experiences of African American people and communities in Virginia. Three are directly related to the experience of immigrants and refugees. And seven highlight the culture and history of Virginia’s rural communities.

All participating projects agree to follow current Commonwealth of Virginia and/or CDC guidelines regarding social distancing in all grant-supported activities in effect at the time these activities take place.

The following organizations received grants from Virginia Humanities between January and June 2020:

1455 (Winchester): $4,000
The second annual summer literary festival in Winchester organized this year around the theme “Storytelling in the 21st Century.”

1882 Foundation (Fairfax/Statewide): $15,000
An educational “toolkit” designed for classroom use on the role of Asian Americans as full participants in the Virginia and American stories.

Catticus Corporation (Prince Edward County/Statewide): $10,000
Research and planning for an interactive “I-doc” website, designed primarily for classroom use, on the history of public-school desegregation in Prince Edward County, white resistance to desegregation, the conflict between black agency and white supremacy, and the ideology of the “Virginia Way.”

Clerk of the Circuit Court, Loudoun County (Leesburg): $5,000
Digitization of a large trove of records documenting the lives of Free Black residents in Loudoun County; and a related public program to be presented during Black History Month, 2021.

Coming to the Table RVA (Richmond): $8,000
A series of video podcasts featuring conversations between “linked pairs” of individuals—usually one African American, and one European American—who are connected to the history of slavery, and to each other, by ancestry or place.

Corporation for Jefferson’s Poplar Forest (Bedford): $8,000
Design/production costs and consultations with scholars and community advisors for a series of outdoor interpretive sites along a new 2.2-mile access road, focusing on the lives of enslaved individuals and families at Poplar Forest.

Eastern Shore Virginia Historical Society (Onancock): $3,000
An interpretive performance titled “Notes from the Green Book”, exploring both the music of the Jim Crow era and the restrictions placed on African American travelers in Virginia – Eastern Virginia in particular – during that time.

Jefferson School African American Heritage Center (Charlottesville): $3,000
Two public events commemorating the arrival of Union troops in Charlottesville and Albemarle County in early March 1865, and the beginning of emancipation for enslaved residents who were the majority of the county at that time.

Maymont Foundation (Richmond): $15,000
Development of an online exhibit and lesson plans focusing on the lives and community contributions of African Americans employed as domestic workers at Maymont during the years 1893-1925.

Mountain Home Center/Bland County History Archives (Rocky Gap): $10,000
“Renovation” and expansion of an existing archive of more than 800 oral histories conducted with Bland County residents since the project was launched in 1993 with Virginia Humanities’ support.

Nelson County Historical Society (Lovingston): $3,000
Creation of a digital archive containing interviews, diaries, photographs, and other materials collected over more than 40 years for the publications of “Backroads,” a journal documenting rural life in Nelson County; and a public lecture by the journal’s long-time editor.

Newport News Public Libraries (Newport News): $7,000
Design and installation of a multi-media exhibit, two public events, and a print publication honoring the achievements of individuals from the Southeast Community, a historically African American neighborhood that is being rapidly transformed through “redevelopment.”

Prio Bangla, Inc. (Arlington): $8,000
An 80-page print and online publication exploring the “American Dream” and its meaning through interviews with first-generation (mostly younger) immigrants and refugees in Virginia.

Regents of the University of Minnesota (Minneapolis, MN/State &Nationwide): $14,000
Development of a 25-minute audio podcast, a “toolkit” for listeners, and a series of public events exploring the history of transgender activism in the U.S. with a particular focus on Virginia.

Richmond Hill (Richmond): $8,000
A series of community conversations, development of a website, and a companion booklet exploring the history and stories of enslavement at Richmond Hill, currently an ecumenical residential and retreat center and site of a former monastery.

Richmond Hill (Richmond): $3,000
A panel discussion and a public lecture exploring aspects of the history of enslavement at Richmond Hill and in the City of Richmond.

St. John’s Church Foundation (Richmond): $1,400
The first virtual re-enactment of Patrick Henry’s famous “Give me liberty or give me death” speech, using an all-female cast.

The Friends of the Buchanan County Public Library (Grundy): $5,500
A fourteen-part library-based speakers’ series with an emphasis on literature produced by Appalachian writers.

Thomas Day House/Union Tavern (Milton): $3,000
A series of dramatic performances of an original play, to be recorded and disseminated electronically, depicting the imagined interactions of seven historical figures from the Danville region.

Virginia Center for Inclusive Communities (Richmond): $2,100
Development of an online “toolkit” designed to help students, teachers, and other users turn a potentially divisive 2020 Election season into opportunities for constructive dialogue.

Virginia Tech Foundation (Blacksburg/Rappahannock Co.): $8,000
The second annual John Jackson Blues Festival in Rappahannock, celebrating the life and musical legacy of one of the acknowledged masters of the Piedmont Blues Tradition who was born and lived most of his life in Rappahannock County.