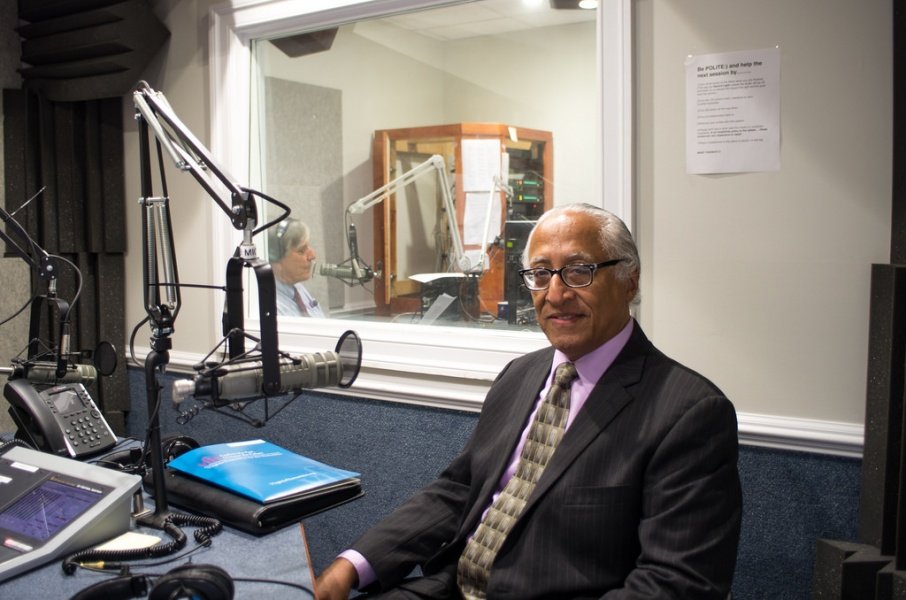 I am sure it has happened to you: there was someone in your life you thought you knew well enough, but then when you attended their memorial service, you found out how little of the person you actually grasped. Confoundingly, you attained a more complete picture of their life right at the moment when it is too late to share it with them.

I could say that is close to how I knew Oliver Hill, Jr., former Virginia Humanities Board member and professor of psychology at Virginia State University, who died suddenly this week (July 7, 2020). His name and its prominence as the son of a famed civil rights lawyer preceded him, as it surely did his whole life. But when a recording of a 2018 interview with Oliver recently re-aired on With Good Reason, aspects of his life path opened up for me in a wholeness that defies any one way you may want to slice up the experience of this man. The vision of the world he shared had less division than we are conditioned to see. I think it is something every one of us who chooses Virginia as home would benefit from listening to and I encourage you to do so.

In this short conversation, Oliver tells a story of growing up in a segregated country and the steps his family took to help him preserve his sense of self despite the aggressions of those who would deny his personhood. He shares his own experience of de-segregation as a Black student, that were both isolating and consciousness-creating. He speaks of his own search, as a young man, for his true self through spiritual meditation, discarding older versions of identity as they passed their usefulness on his journey. And he talks about being a young husband and father and how he saw the need to connect his own experience to a larger world of academic ideas, both for his own economic liberation and to bring his own experiences of spiritual awakening to a discipline guided by a skeptical empiricism. Just to hear Oliver’s take on what the wider culture now embraces as “mindfulness” is enlightening. I won’t spoil that listen for you—these things I share are just the tips of that interview’s iceberg.

My own experiences with Oliver’s serene but tireless work, how he shaped Virginia Humanities for more than a decade, creating a radio series tied to his research on women and minority access to STEM careers … it only makes more sense as a part of his journey. But these memories of him in our short time together make the sudden fact of his parting that much harder.

Virginia Humanities extends our sincerest condolences to the family of Oliver Hill, Jr., whose loss is ever more profound than we can capture.

In lieu of flowers, his family has asked that you consider a donation to Feedmore or Nationz Foundation. The service originally scheduled for Saturday July 18, 2020 has been postponed.