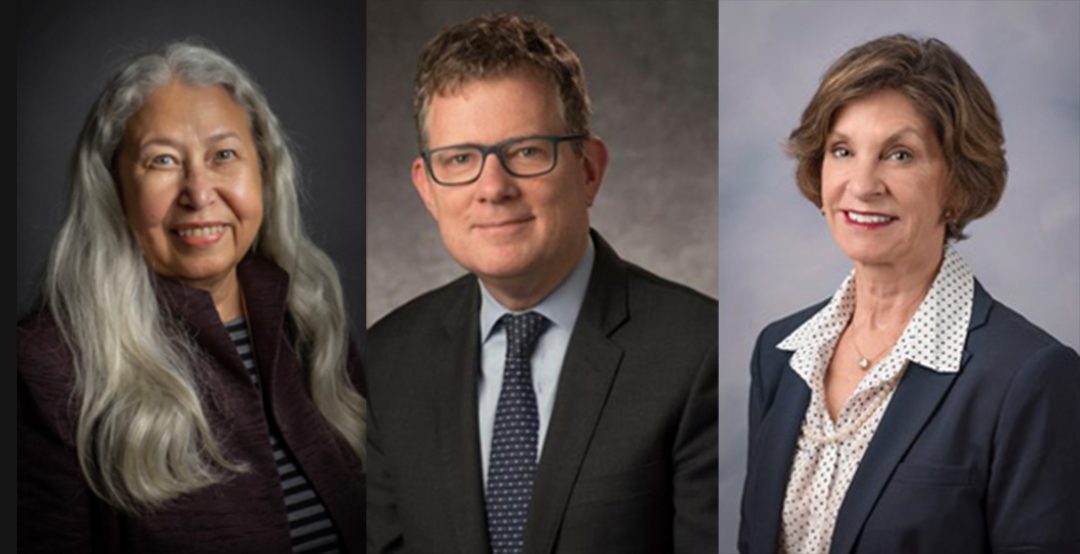 “As the state humanities council, our Board of Directors plays an important role in shaping the work we do all across the commonwealth,” said Matthew Gibson, Virginia Humanities’ executive director. “I’m pleased to welcome these new members and the diverse backgrounds and perspectives they bring to Virginia Humanities.”

Each member serves for a three-year term, which can be renewed once. A total of six members of the Board are appointed by the Governor of the Commonwealth of Virginia. The Board elects the other nineteen members. Virginia Humanities’ Board meets four times a year, usually in Charlottesville. To see a complete list of Board members, visit VirginiaHumanities.org/board.

Allston returned to her childhood home in Drewryville, Virginia after a career as a small business owner and community leader for various organizations in Columbia, SC.

She currently serves on the Board of the Virginia Museum of Fine Arts, Richmond, Virginia, is the President of the Board of Rawls Museum Arts, Courtland, Virginia, and is a commissioner on the Southampton County VA Planning Commission. She created and operates the Artisan Market in Capron, VA as a free venue for local artisans and craftsmen to sell their creations. In 2018, she was one of the “50 for 50” Inspiration Award recipients from the Virginia Commission for the Arts. In 2019, she was a presenter for Jamestown American Evolution 2019 project. She is currently featured in “Today’s Agents of Change” exhibit and “Virginia Voices,” a film about Virginia’s people, both presented at the Virginia Museum of History and Culture, Richmond, Virginia.

She enjoys spending time with her family, especially her grandchildren, and her favorite hobby is pottery making.

Jim Chapman is a native of Palmyra, Virginia and a proud product of the Fluvanna County public school system. He attended Auburn University in Alabama, where he earned an undergraduate degree in history and political science.

He spent much of the 1990s working in Russia and other former Soviet republics, primarily assisting in privatizations and cross-border transactions, including with Ernst & Young. He then pursued his MBA at The Darden School at UVA, where he met his future wife, Kiran Kalsi Chapman.

Following his time at Darden, Jim spent almost a decade and a half on Wall Street in investment banking roles at Lehman Brothers and Barclays, almost exclusively working with energy and power/utility clients in the U.S. and internationally. Following long stints in New York and Hong Kong, he relocated to his native Virginia with his wife and three children in late 2013.

Jim is now Executive Vice President, Chief Financial Officer and Treasurer of Dominion Energy, Inc., a Richmond-based national utility company with an enterprise value of just over $100 billion. Jim serves on the Board of Virunga Power, which is involved in rural electrification in East Africa, and is on the Vestry of Grace Church, Red Hill near Charlottesville.

Dee Lester lives in Norfolk and is a retired CPA (McPhillips Roberts and Deans; now BDO.) A graduate of the University of Richmond: Westhampton College and School of Business Administration (1971), she holds a BS in Business Administration with an emphasis in accounting. She was married to Harvey W. Roberts, III for 49 years (now deceased) and has three sons. In 2019, she married Harry T. Lester.

Her past affiliations include: Chesapeake Bay Academy (a school for children with learning differences), where she served on the Board for twenty-six years as a Founding Board member, Treasurer, Vice Chair and Board Chair (five years), Chair of the Capital Campaign Committee, and on the search committee for the Head of School; the Episcopal Church of the Good Shepherd, Norfolk, where she has been a member for more than forty years and served two terms on the Vestry as well as on the search committee for a new rector; Heritage Bank where she served on the Board for four years, as well as on the Advisory Board for Southern Bank; Norfolk Yacht and Country Club, where she has served on the Board of Governors and as Tennis Committee Chair. She also has been affiliated with Junior League, King’s Daughters Circle for CHKD, Family Services, and the Harbor Front Garden Club. In October 2019, she sponsored Virginia Humanities’ Tastes & Tales of Tangier event in Norfolk. Her other interests include tennis (some competitive leagues), gardening, travel, and reading.