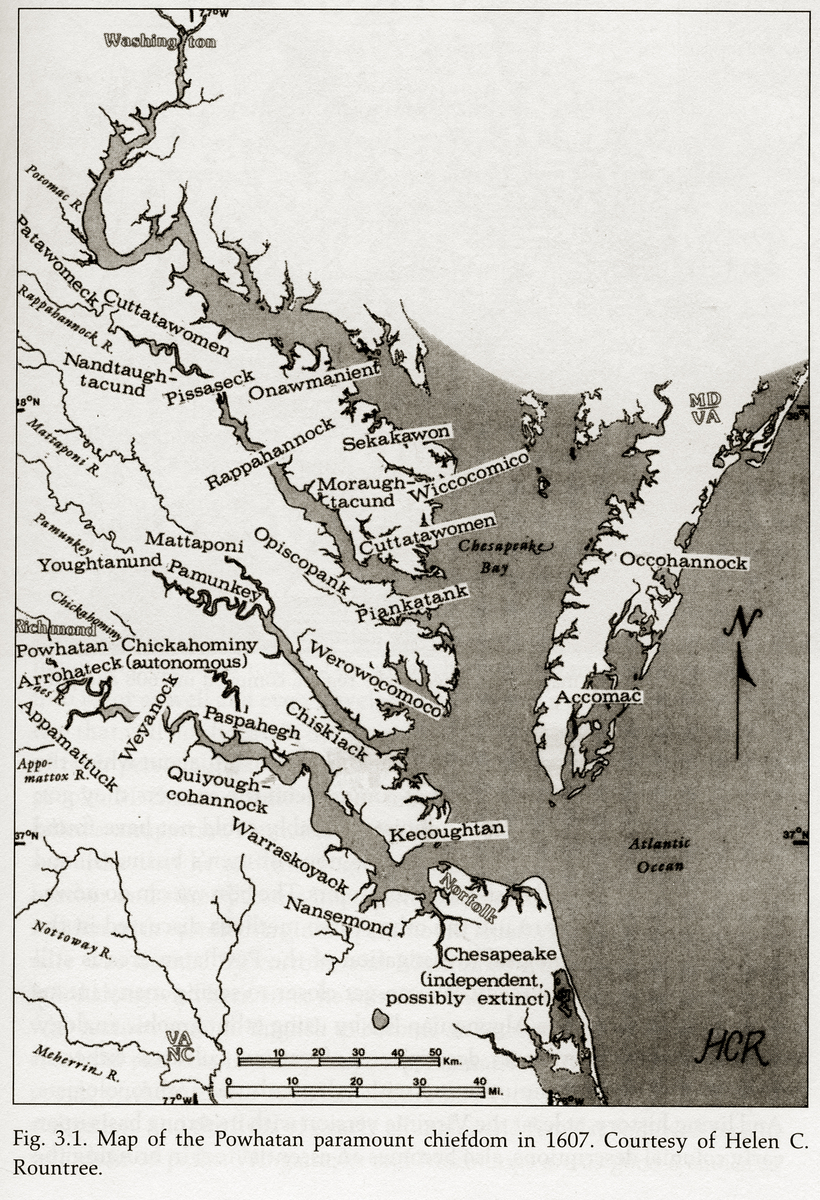 A modern map shows the locations of various Indian groups in Tidewater Virginia that in 1607 constituted the Powhatan paramount chiefdom. More »

In 2021 the Rappahannock Tribe of Virginia will commemorate the centennial of its 1921 incorporation. Incorporation set the stage for state and federal recognition, achieved by the Tribe in 1983 and 2018, respectively. A recent grant from Virginia Humanities will support educational programming and festivities tied to the centennial. Last month, project director and fourth generation leader Chief Anne Richardson spoke to us about some of the planning underway for the 100th Anniversary Celebrations. She says this Virginia Humanities grant-funded project joins ongoing efforts at developing educational resources intended to “restore our Tribe and to elevate our community socially, culturally, economically and spiritually.” Read on to learn about the importance of federal recognition and the storied past of the Rappahannock Tribe’s fight for sovereignty.

First, could you tell us about the projects that the Virginia Humanities grant is funding?

AR: A large part of the work that the Virginia Humanities grant is funding is research on colonial treaties that we had with England before the United States was established.

The last treaty was the 1677 Treaty of Middle Plantation, which allocated tribal land and established a reservation system here in Virginia before it was anywhere else. That treaty has been honored each year through the bringing of gifts to pay taxes on the land to the governor. It speaks to the foundation of our sovereignty here in Virginia, that we’ve just gotten the acknowledgement of a few years ago. But these treaties have been in place since before the establishment of the United States government. So much of our history has been covered over, and so much of it has been lost. We thought it was really important to highlight the stories that we have uncovered, and the oral histories that we know, and to put those stories out there as public exhibits so that people can understand what our struggle to achieve our sovereign rights has been.

What do these treaties reveal about the Rappahannock Tribe? What do you hope people will learn from the exhibits?

AR: I hope that people will learn about the treaties, which I don’t think very many Virginians know anything about: how they were established before the United States government was put into place. Virginia’s history goes back beyond the founding of the United States, beyond its early relationships with England. I hope people will come to understand the struggle that we’ve had surviving. I think that’s the story that they really don’t know.

A lot of people, when they think about Indian removal, they think about the Trail of Tears and the things that happened out in the west. But when that was happening out West, we had already encountered the English; tribes here in Virginia had already experienced colonization one hundred years before things started out West.

What are some of the other stories that you’re choosing to highlight with the exhibits?

AR: One of the other exhibits we’re doing is on Walter Plecker, who, as head of the Virginia Bureau of Vital Statistics from 1912 to 1946, attempted to eradicate our identity as Indians by actually outlawing our race and thereby changing our racial classifications on all official records.

The exhibit looks at these really oppressive and racist laws that were passed in Virginia that prohibited tribes from maintaining their identity as Indian people. These laws were targeted to destroy, from early on, the kinship of the family unit. It was a systemic campaign in Virginia that went from the state government all the way down. I don’t think people really understand that. In this day when we are talking about things like equity and inclusion, it’s time to bring these stories out so that people understand the forces that we had to fight in order to maintain our identity and survive as a tribal nation. It’s a long story, and one that needs to be told. Our stories of survival, cultural persistence and self-determination in the face of state sanctioned discrimination is a testimony to the tenacity and resiliency of the Rappahannock people. We want to highlight that for our hundredth anniversary.

Coming into the present moment, as you’re grappling with this history, where does the tribe stand now? How has your work, and the community, been affected by the pandemic?

AR: We’re only two years into recognition, so one of the many things that we have to do as a tribal government is to ensure there are programs and services available to our people. We really were in the middle of doing that when the pandemic hit. We had to go fight some fires out in the community to keep people safe and to take care of our most vulnerable, which is our elders and our children. Then we had to address some infrastructure issues that incapacitated the tribe. If you’re having to social distance and you can’t work together, then you’ve got to have Internet service, and cellphone service, which we didn’t have any of until we went to work. We were able to connect our hub and provide high speed internet for our library and our elementary school. So, it’s not just helping us, but it’s helping the whole community of King and Queen County. 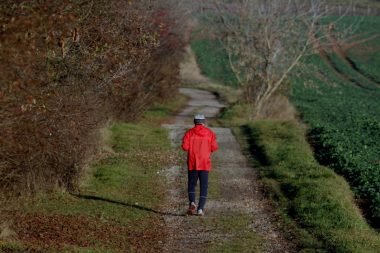 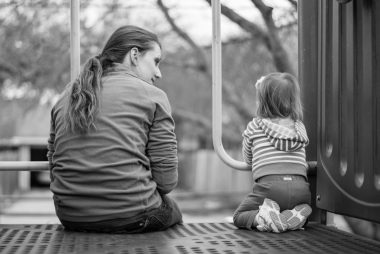