Hear from the Southwest Virginia string band putting their own spin on Appalachian old-time music. 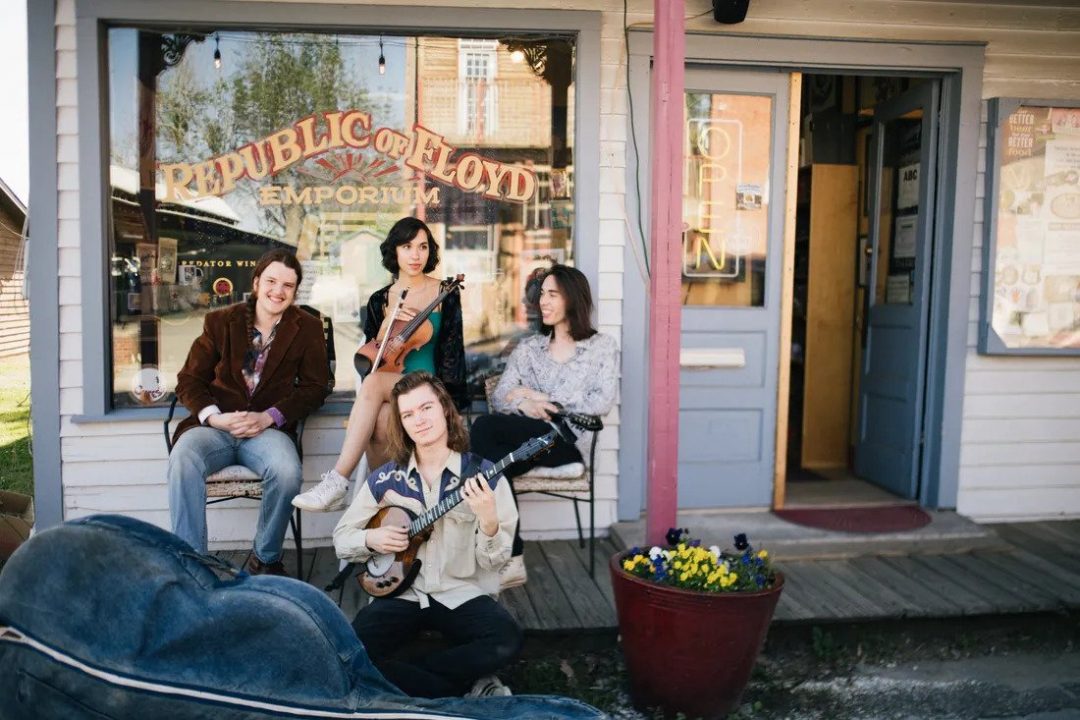 As a band, The Wildmans—siblings Eli and Aila Wildman, and longtime friend Victor Furtado—have the distinction of being at once some of the youngest and longest-serving artists in our Virginia Folklife Program. In the decade they’ve been involved with Folklife, Eli, Aila, and Victor have completed formal apprenticeships under blue grass legend Buddy Pendleton and fiddling master Nate Leith, while also steadily building names for themselves in the old-time music scene: Eli Wildman won first place in Mandolin at the 2018 and 2019 Galax Fiddler’s Conventions and at the 2017, 2018, and 2019 Mount Airy Fiddler’s Conventions, all while still a teenager; Aila, then fifteen, won first place in Old Time Fiddle and Best All Around Performer at the 83rd annual Galax Old Fiddlers convention in 2018. Victor, for his part, won first place in Old Time Banjo at Galax in 2015, 2016, and 2019. In 2019, he became the youngest ever recipient, at nineteen years old, of the coveted Steven Martin Prize for Excellence in Banjo and Bluegrass.

This sort of recognition is well-earned and it means a lot, but talking to the band, it’s clear right away that what matters most to them is not the accolades but the music and the people who play it. Eli, Aila, and Victor credit the Virginia Folklife Program with introducing them to the Virginia musicians, now close friends, who play on their debut album The Wildmans, released in September 2020 with Travianna Records. Album number two is currently underway, with a release date set for next summer.

Now, they are college students—all three attend the Berklee College of Music—splitting their time between classical music training in Boston and songwriting and recording at home in Floyd, Virginia. In April, we caught up with The Wildmans via Zoom—Aila in Boston, Eli in Florida, and Victor, plus Deb Wildman—Eli and Aila’s mother,band manager, and occasional bass player—in Floyd, Virginia.

Nora Pehrson: For a new listener, someone maybe unfamiliar with the Appalachian mountain music tradition, how would you characterize your sound? How do you describe the kind of music that you play?

Aila Wildman: No, I was…I don’t really know; I always have such a hard time defining that question.

Eli: I can start.

Aila: No, it’s a great question, but what we do is very much a mix of a lot of things.

But I think traditional Appalachian music is really the foundation of our view on writing and playing music. Old-time music is so much the basis for other genres, blending with blues to form jazz, and moving forward into other genres. It’s a baseline for what we like to play all together.

Victor Furtao: And I’ll add that old-time music is what brought us together.

NP: How did you first meet?

Eli: We all go to fiddler’s conventions, which are really essential to the old-time traditional music scene. We met Victor when we were all really young – I think I was maybe thirteen, and Aila was probably ten.

Eli: We were at the Galax Fiddler’s Convention, which isn’t far from where Aila and I grew up. They have contests, which everyone can enter for a different category. It doesn’t really matter who wins or loses the contest; it’s more about getting together and meeting people. So we met Victor, Aila and I, at the Galax Fiddler’s Convention. We formed a band and competed in the youth band contest.

NP: You formed the band in just one day and competed that way?

Deb Wildman: You need to have certain instruments covered to compete in the contests, and Victor is the banjo player, which you need, so we’re like, “Let’s talk to that kid!” [all laugh]

Aila: The reason it was so easy to do that is because in the old-time community everybody just knows the same tunes and songs. It made it pretty simple to be like, “Hey! Let’s do this!”

NP: Right, like you say, it’s very social. Have you felt the absence of that this year, not having the fiddler’s conventions, or festivals and live gigs, to attend?

Eli: To the extreme. It was a huge part of our summer, getting together with friends, playing these songs together. Just recently, Victor and I went, “Wow, we don’t remember all these traditional tunes we’ve done.”

In another sense, everyone has been brought home a bit more. Before, a lot of artists were very spread out, living in places like New Orleans, L.A., all over. But they’re originally from much closer to where we’re from, in Floyd. Now, nobody has tours to go out on so it’s been easier to just go, “Hey guys, you wanna make this album?” And they’re all like, “Yeah! We don’t have anything else to do!” So, some good has come from it.

The pandemic has made it more possible for us to be together, strangely enough. [laughs] Yeah, that doesn’t really make sense.

NP: So that’s happening right now, the work for this next album?

Eli: Yeah. Victor and I have been working on that a lot while Aila is working on school. But we’ll all be together this summer and the album will be recorded at the end of the summer. We’re putting a lot of planning into it, since the last one was very much a live album. It worked out really well, but it’s exciting to do this one with more intention.

NP: Tell me more about your first album. Is it mostly original songs, or covers, or a combination?

Aila: There’s a couple original songs on the album, but most of them are traditional songs. Really the way we kind of reimagine these traditional tunes, I would say, is by playing with other musicians our age in the community.

Victor: That’s the really cool thing about the old-time tunes, because a lot of them are super simple. Everybody plays the same ones, so even just a slight difference can create a whole different feel. When you play a lot together, you really lock into one sound.

Deb: You create your own sound based on the traditional version that everyone knows.

NP: What’s inspiring you right now? Are you listening to anyone in particular, or working on any new techniques?

Eli: I think we all would agree on Dori Freeman, who wrote a song, called “Rid My Mind,” on our last album. Her music and songwriting is a huge inspiration.

And then, I don’t know, being out here in Floyd, in the woods, just trying to draw inspiration from what’s around.

Aila: I definitely agree with what they’re saying. Although, I mean, I’m in Boston and doing online school right now, so… it’s a little bit different.

NP: What is music school like on Zoom? Is it hard taking music lessons over a computer screen?

Aila: Oh, definitely! [laughs] You don’t get the full experience of it. In most music lessons, in my experience, you would be playing with your teacher a lot. You can’t do that over Zoom.

NP: Before we wrap up, let’s talk about some of the apprenticeships you’ve done with our Folklife Program. The last one was a few years ago, in 2017, when you apprenticed under Nate Leith. How did you meet, and what did you learn from him?

Aila: Nate is a very close family friend to all of us and has been for a while. So even though the apprenticeship was a couple years ago, since that time we’ve all continued to learn a lot from him. Even just sitting down and playing with him—you learn a lot.

For the apprenticeship, we spent the summer with him coming down to our house for a few days at a time and giving us a couple lessons, but mostly just playing together and talking about stuff.

Eli: The Apprenticeship Program made it possible for the connection we had with Nate to be stronger, and basically just to deepen it.

Actually, this is how we met Nate and all these other incredible musicians, like Danny Knicely, who has also been really involved in the Apprenticeship Program. Even though we never formally took an apprenticeship with him, he’s been a huge mentor for all of us.

It happened a couple times when we were pretty young. I was probably around seven, eight, nine. With Nate Leith and Danny Knicely, they would let me and Eli go up with them and we would all play a tune and just have fun.

Eli: Those were some of our first times on stage.

Aila: John Lohman was a huge connection for us to this world of music. Big time. Just connecting us with these amazing older musicians who really, really influenced us to go to Berklee and start playing in a band. To start actually pursuing it.

Eli: Yeah, very much our connection to Berklee, actually, was through Jon Lohman and the Folklife Program.

NP: Do you see any more apprenticeships in your future?

Eli: It really is. I think everybody in that program could agree with that, how ongoing it is. For many, it’s a connection that becomes lifelong.

The Wildmans will be playing at the Red Wing Roots Festival, happening July 9-11, 2021. Check out their Facebook page to stay up-to-date on shows and performance dates. 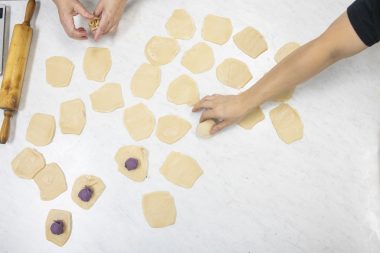 The Virginia Folklife Program invites you to a screening of In Good Keeping in 2022, a feature-length documentary film showcasing eighteen artists from across the state who are working to sustain … 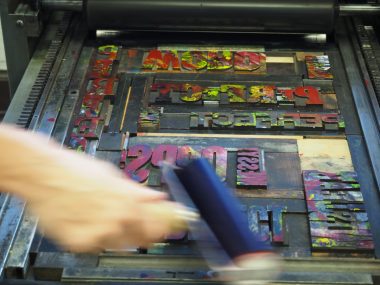 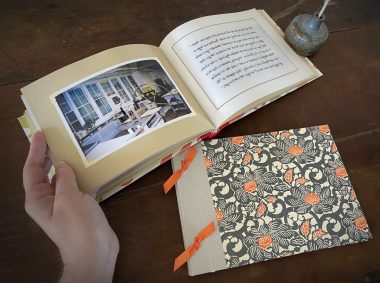 Create your own custom photo album or memory book while also learning good bookbinding techniques to preserve and present your mementos.