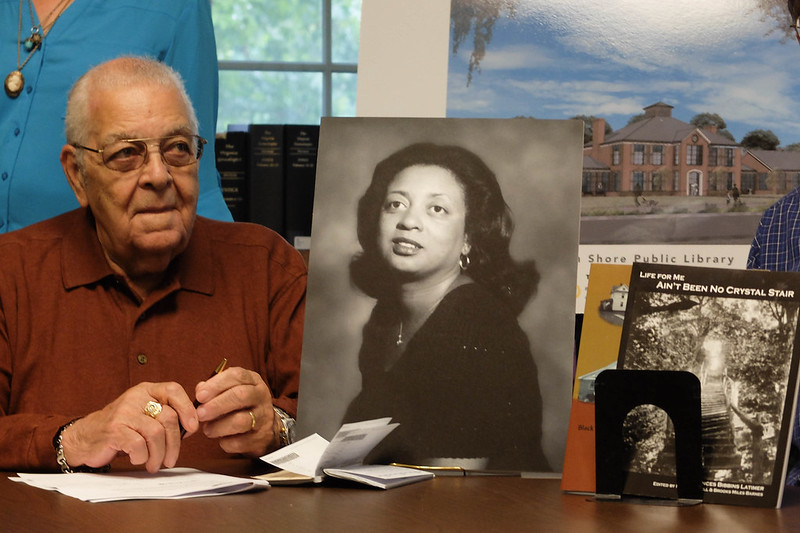 He was the most completely honest man I ever knew. After thirty years in law enforcement, starting as a street cop working the subway stations in Times Square, then making history as the youngest Captain and, later, the first African American Chief in the history of the New York City Transit Police Department—when George Latimer spoke, you listened. You just did.

He could freeze you in your tracks with a stare or disarm you with sweetness. He loved a good joke. He was a gifted storyteller: of cop stories, told late at night over a glass of Puerto Rican rum.

In the early years, I knew George mostly as the husband of another dear friend, the great Eastern Shore historian Frances Latimer. Frances did the work of local history, not from any formal training, but out of love. Love for the place and the people she came from; of the stories she heard, growing up—and those she later uncovered through her research.

George would deliver her to meetings—she was one of the founding members of the Eastern Shore Regional Humanities Council, which I helped to convene starting sometime around 1999-2000; and he’d wait for her in the car for hours, reading the New York Daily News or working crosswords.

We spoke mostly in passing; and I didn’t know much about him in those days, or about his exceptional life. That is, until Frances died in 2010. After that, George Latimer and I traveled a long path together, as friends; more like brothers sometimes.  I think of him that way. We bonded over the sorrow of losing her. On the surface, we didn’t have much else in common. Later we realized we did. He became one of the great teachers of my life.

George died a year ago, on July 4, 2020, in an assisted living facility in Palm Coast, Florida. I’d been to see him for the last time in late February, just before the pandemic shut everything down. By that time, age and a series of medical setbacks had made him feel—so he told me—like a prisoner in his own body. But his sense of humor stayed intact. He could laugh at his predicament, right up to the end.

He had an exceptionally bright, inquisitive mind; and he never stopped asking questions. After Frances died, he’d say to me: “I have so many questions, and I know there aren’t any answers, but I keep asking them anyway.” He said the same thing ten years later, when age and infirmity were gaining the upper hand. Different questions, but they still boiled down to one word: “Why?”

George was a natural in this world we call the humanities. He was interested in everything. And he eventually became one of the most generous supporters in the history of Virginia Humanities.

Partly, it was to honor the work that Frances did, by supporting other local history efforts across Virginia; and partly, it was because he believed in the power of the past working in the present; and of asking “why?”

George was born in Harlem, in 1929. His mother was from Jamaica and his father from St. Croix. As a young man, he worked for a while as a bricklayer, building some of the tallest industrial chimneys in the country. Wanting more of a challenge, he joined the New York City Transit Police Department in 1952.

It was because he believed in the power of the past working in the present; and of asking “why?”

He rose quickly through the ranks, retired in 1977, moved to the Eastern Shore of Virginia, built a successful poultry business, learned to fly, bought a plane, and flew as a volunteer with the local Coast Guard Auxiliary. But the Department wanted him back, and he returned to New York in 1988, first as Deputy Chief, second in command of all 3,700 uniformed patrol and office personnel; and later as Acting Chief.

After the first World Trade Center bombing, George was part of an NYPD delegation sent to England to work with Scotland Yard and the British Transportation Police, who were far more experienced with bombings in their transportation system than the U.S. was at the time. He retired for good in 1993, moving back to the Shore where he re-joined the Coast Guard Auxiliary.

There’s a story one of his friends from the Guard told at his memorial service. George was manning the radio desk one night when a call came in from a distressed vessel miles out in the Chesapeake Bay. The caller was an inexperienced captain. He said that he and his family were in danger, their boat had lost power, it was taking on water, they needed help.

George was going to radio headquarters to get a rescue underway, but the station commander told him he’d already called Sea-Tow, a private towing service, and not to do anything further, that it was all under control. But George had a hunch; he called headquarters anyway, disobeying orders. They dispatched a Coast Guard rescue vessel unbeknownst to the station commander; and in the meantime, word came that the Sea-Tow boat had engine trouble and had to return to port.

By the time the Coast Guard arrived, the family was knee-deep in water, standing on their overturned vessel, minutes away from what probably would have been a fatal disaster. News came that they were safe; George’s shift was over; he packed his briefcase and went home; and he never spoke of it again. That’s who he was.

His insistence on continuing to ask questions even when there are no answers inspired—and continue to inspire—all of us who knew him.

In 2018, George made a donation to Virginia Humanities, to establish the George A. and Frances Bibbins Latimer Fund, which will grow and be used in perpetuity to make grants each year supporting projects that explore the stories of African American life and achievement in Virginia. He said it was a way he could help make sure that Frances and her work wouldn’t be forgotten; and that the work of African American history she believed in so deeply would continue across the Commonwealth, honoring her memory.

George Latimer came out of a career in law enforcement where he made history, to become a sustaining force for the humanities and the work of local history in Virginia.

Beyond his own contributions to the field of law enforcement, all three of his sons and one of his grandsons also became police officers in New York.

And beyond his monetary gift, George’s faith in the work we do at Virginia Humanities; his personal integrity; the power of his example; and his insistence on continuing to ask questions even when there are no answers inspired—and continue to inspire—all of us who knew him.

I miss you brother, on this first anniversary of your death. I’m grateful for everything you taught me—things I never could have known without you. The work goes on. Your gift helps make it possible.

We remember Frances and her work. And yours. I’ll see you. I’m looking forward to that next glass of Barrilito, Three Stars. 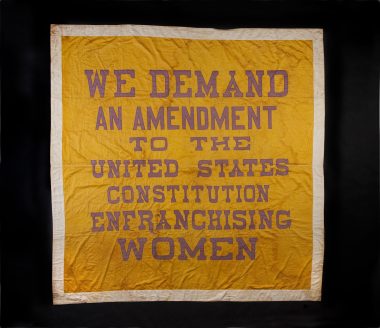