Twenty-Four New Grants Help Tell the Story of Our Commonwealth 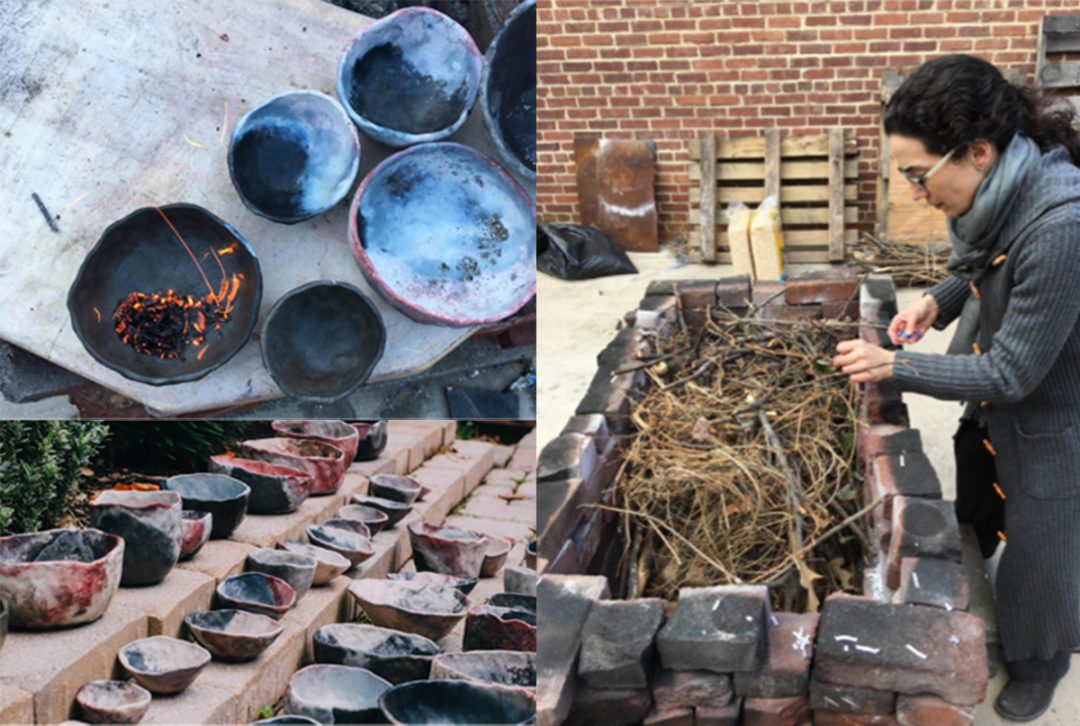 These photos are from a project titled “99 Clay Vessels” (grant to Johns Hopkins University--see below) that is part of a larger project profiling 99 Muslim women nationwide. Each vessel has its own unique size, shape, and fire-marks, reflecting the principle that the diversity of all is contained in the One. Photos courtesy Alison Kysia

Charlottesville, VA—Today, Virginia Humanities announced $231,750 in new grants to twenty-four nonprofit organizations dedicated to amplifying lesser-known historical narratives and initiating conversations around topics relevant to all Virginians. Since 1974, Virginia Humanities has awarded grants to museums, historical societies, and other nonprofits reaching every corner of the Commonwealth.

“Understanding each other, both how we’re similar and how we’re different, is the key to bridging what divides our society,” says Virginia Humanities’ executive director Matthew Gibson. “These projects are inclusive in the truest sense of the word and each one contributes to our understanding of a different facet of Virginia’s history and culture.”

Each year, Virginia Humanities grant projects reach an estimated audience of 1.5 million and achieve an average 4:1 dollar match. This multiplies the investment in the cultural economies of the communities that receive Virginia Humanities grants. Many of the projects in this grant cycle have a multimedia component, featuring films, webinars, visual history exhibits, or podcasts. All of them contribute to a more robust and complete understanding of Virginia’s history and the diverse cultures found within our borders.

All participating organizations agree to follow the Commonwealth of Virginia and/or CDC guidelines that are in effect regarding social distancing during any Virginia Humanities funded activities and programs.

The following organizations received grants from Virginia Humanities between February 2021 and September 2021:

AMMD-Pine Grove Project: $5,000
Henrico, VA
A series of public webinars organized around the theme “Partners in Philanthropy,” exploring and celebrating the roles of local African American communities in building and sustaining Rosenwald Schools.

Birthplace of Country Music: $10,000
Bristol, VA
Planning and development of an exhibit on Women in Old Time Music, past and present.

Catticus Corporation: $4,500
Berkeley, CA
Development of a prototype for an educational website exploring the story of the 1951 Student Strike in Farmville, Virginia, a landmark in the American Civil Rights Movement.

Columbia Pike Documentary Project: $20,000
Arlington, VA
The culminating phase of a 15-year effort to document the changing face of Arlington’s Columbia Pike corridor through photographs and interviews focusing in this phase on voices and perspectives of The Pike’s younger residents.

Fairfield Foundation: $3,250
White Marsh, VA
Planning and production of on-site signage and other educational resources designed to expand and deepen interpretation at the birthplace of Dr. Walter Reed in Gloucester County.

Johns Hopkins University: $12,000
Baltimore, MD
A multi-media art and storytelling project focusing on the stories of eleven Muslim women in Virginia and their experience of Islamophobia and anti-Muslim bigotry in the post-9/11 era; part of a larger project profiling 99 Muslim women nationwide. The project began with the act of creating 99 clay pots and bowls, one for each of the women being interviewed. The number 99 also corresponds to the number of different names for God in Islam.

Pocahontas Reframed Storytellers Festival: $20,000
Richmond, VA
The fifth annual Pocahontas Reframed Film Festival, including screenings, discussions, and other events in what is currently the largest Native American film festival on the East Coast.

St Luke’s Historic Church and Museum: $7,500
Smithfield, VA
Production of a series of twelve one-hour podcasts exploring issues related to the early American religious experience and how these issues continue to inform and challenge us today.

The Mariners Museum & Park: $10,000
Newport News, VA
Research and programming, part of a larger effort to honor the contributions of African American workers who built the Mariners Museum and its park-like campus.

Virginia Friends of Mali: $10,000
Richmond, VA
A 90-minute documentary film on the experience of two young female journalists—one from Richmond, the other from Segou, Mali—as they develop their craft and work toward empowerment of women in both cities.

Virginia Tech Foundation (WVTF): $5,000
Blacksburg, VA
Production of the pilot episode for a larger series of audio podcasts exploring the stories of Virginia’s indigenous communities, focusing on Tribal heritages, cultures, and current issues, and featuring the voices of Chiefs and other Tribal leaders.

Women in Military Service for America Memorial Foundation: $15,000
Arlington, VA
A traveling exhibit on the lives and contributions of women of color serving in the U.S. military from the Revolutionary War era to the present day.

Virginia Humanities is the state humanities council. We’re headquartered in Charlottesville at the University of Virginia, but we serve the entire state. We aim to share the stories of all Virginians—or, better yet, find ways for people to share their own stories. We want Virginians to connect with their history and culture and, in doing that, we hope we’ll all get to know each other a little better. Founded in 1974, we are one of fifty-six humanities councils created by Congress with money and support from the National Endowment for the Humanities to make the humanities available to all Americans. To learn more, visit VirginiaHumanities.org.