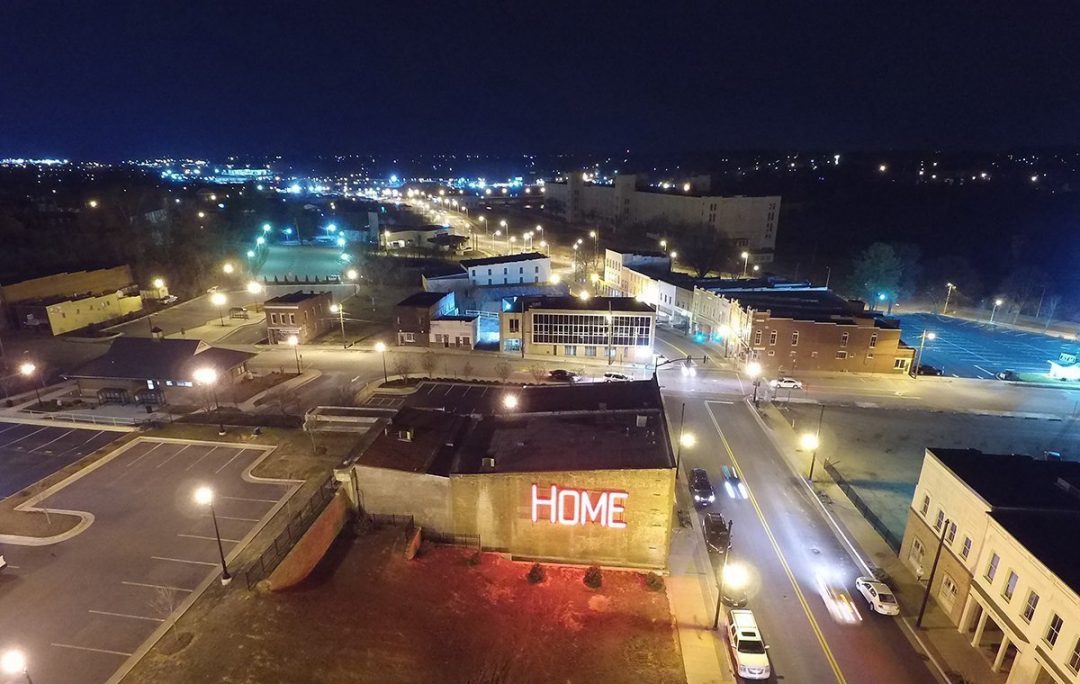 The former Dan River Fabrics building in Danville. Installation of the “Home” sign was a community event sponsored by the History United Project and the Danville Historical Society in 2016. Photo courtesy of Mark Aron and the Danville Regional Foundation.

For the City of Danville, the year 2022 is, in many ways, the culmination of at least 150 years. The city’s former Sutherlin Mansion, which once housed the fleeing Confederate president for eight days in 1865, welcomed a vastly different, more diverse crowd on February 1, 2022. State and city officials, community leaders, and former local student civil rights activists gathered at the mansion—now the home of the Danville Museum of Fine Arts & History (Danville Museum)—for a major, history-redefining announcement. The historic residence that had colloquially made Danville “The Last Capital of the Confederacy” is now the newest addition to the U.S. Civil Rights Trail.

For more than two decades, Virginia Humanities has supported local efforts to understand, document, and more widely share Danville’s integral role in the modern U.S. Civil Rights Movement, beginning with the work of our colleague, the late Emma Edmunds. Her Mapping Local Knowledge project and subsequent research, made possible by a fellowship and grants from Virginia Humanities, form the basis of a  permanent exhibition at the Danville Museum about the Civil Rights Movement . Virginia Humanities’ commitment to help tell the complicated story of Danville’s history has continued through our nationally syndicated With Good Reason public radio show and podcast, online Encyclopedia Virginia, local grantmaking, and partnerships like our Danville Regional Foundation-supported, multi-year History United cultural placekeeping initiative. In 2019 that support included a grant to the Danville Museum to reinterpret the museum’s own history, exchanging Lost Cause narratives in the museum’s welcome video for a more honest and inclusive presentation of the history of the house and its owners.

The late Congressman John Lewis’s speech during the March on Washington, August 28, 1963

“When you think of Danville history, the ‘Last Capital of the Confederacy’ usually comes to mind – a very short moment in history,” says Karice Luck-Brimmer, a Danville native, community historian, and the Southern Virginia regional engagement coordinator for Virginia Humanities. “We have to take a look at the narrative as a whole to help define our future.”

This  city of roughly 40,000 people in Southern Virginia now joins Farmville and Richmond as the third Virginia location to be added to the U.S. Civil Rights Trail – a national list that includes Montgomery, Atlanta, Greensboro, and other better known, mostly Deep South places etched in popular memory as key civil rights battlegrounds and organizing centers.

Before becoming the Danville Museum of Fine Arts & History, the former Sutherlin Mansion served as a segregated public library. “In the 1960s, our local youth staged sit-ins and demonstrations all over Danville, including at the library,” says Luck-Brimmer. “Like the youth of today, they understood the importance of organizing against the systemic racism that worked against them.”

Among those attending February’s U.S. Civil Rights Trail announcement was former local student activist Carolyn Wilson. “Everything was designed to make us feel inferior,” says Wilson, recalling her childhood in racially segregated Danville. After several years of local civil rights organizing, things came to a head in the summer of 1963. On June 10, Danville police agents used clubs and fire hoses to disperse a peaceful prayer vigil organized by civil rights activists. Forty-seven demonstrators were injured on what became infamously known as “Bloody Monday.”

Wilson and many other residents continued to demonstrate in the weeks following Bloody Monday. And when Dr. Martin Luther King Jr. visited Danville a month later, she had dinner with him. “I just happened to be sitting beside him, and he asked how things were…if they beat us or anything, which they didn’t.” Wilson and other nonviolent demonstrators had just been released from the local jail.

“In my eyes, the Civil Rights Movement never ended, it just evolved,” says Luck-Brimmer. “It’s past time that we come together and come to grips with our past, and also learn from it – learn from the bravery and contributions of Danville residents. We all have a story to tell.”

Join us for a free screening of “Reconstructed: The Rebuilding of African American Communities Through Faith and Education,” a film by Horace Scruggs. This film was produced by the Fluvanna … 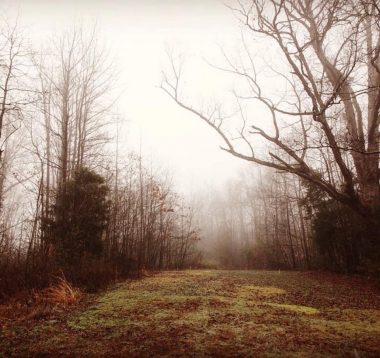 In the fall of 2021, we awarded the Fluvanna County Historical Society a grant through the  Sustaining the Humanities through the American Rescue Plan program. The historical society is using the funds … 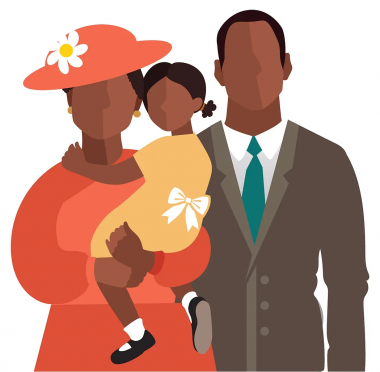