Totaling $238,244 to nonprofit organizations across the Commonwealth 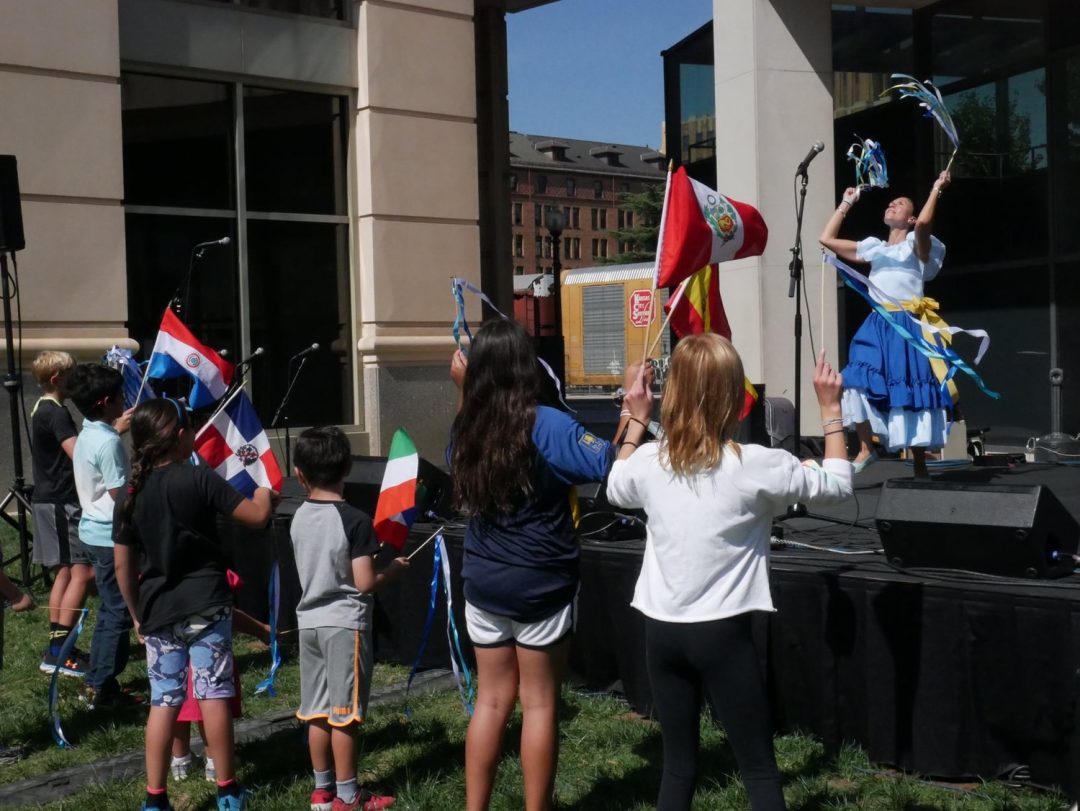 “The awarded projects span cultural celebrations, art installations, public conversations, live performances and more, each meaningfully exploring Virginia’s history, culture, and traditions,” said Matthew Gibson, Virginia Humanities’ executive director. “We are thrilled to support organizations that empower Virginians to connect with each other through the humanities, leading to stronger and more empathetic communities across the Commonwealth.”

The following organizations received grants from Virginia Humanities between July and November 2022:

Powhatan—Production of a digital file and a graphic exhibit that tell the stories of the African American churches in Powhatan from the 1800s to today, to be presented at Powhatan’s 2023 Juneteenth Celebration and permanently archived at the Drexel-Morrell Center.

Bristol—A summer educator fellowship program that will allow the organization to work directly with two teachers from the Bristol, VA and Tennessee school systems to accomplish various educational objectives.

Black History Museum & Cultural Center of Virginia: $3,750
Project: I Am Worth It Youth Summit: Using History to Create a Brighter Future

Richmond—A summit designed for middle and high school aged youth and students in the Richmond Metropolitan Area with overarching objectives including youth empowerment, educational and cultural enrichment and leadership.

Descendants of Enslaved Communities at UVA: $5,000
Project: Documentary Educating First-Years at UVA on the History of Enslavement and Black Student Activism

Charlottesville—Development and production of a short documentary on Black student activism at UVA that will be part of a video series created under UVA’s Race, Place and Equity program.

Lynchburg—Production of an original play about the 1961 desegregation—and subsequent filling in—of Lynchburg’s public swimming pools, to be performed in local high schools as part of a new initiative: Community Stories in Community Schools.

Fairfax—Production of marketing and communications assets for a free annual 10-minute play festival that aims to use theater as a means for cross-cultural communication.

Holocaust Commission of the United Jewish Federation of Tidewater: $5,000
Project: “To Life: Stories of Courage and Survival (Second Edition)”

Virginia Beach—Publication of an expanded version of “To Life: Stories of Courage and Survival” and production of companion resources including podcasts, lesson plans, an eBook and educational and community outreach.

Jewish Museum & Cultural Center (Friends of Chevra T’Helim Inc.): $6,502
Project: Berkley: A Look into the Heart of a Neighborhood

Portsmouth— Purchase of a digital touch screen display to enrich an existing exhibit on immigrant Jews who contributed culturally and economically to the larger Tidewater area, a vital center of Jewish life at the turn of the 20th century.

Charlottesville—Publication of “The Joy of Writing,” a collection of stories written by adult immigrant and refugee students learning to read, write and speak the English language, covering topics including personal histories, struggles of survival and cultural traditions.

Warsaw—Menokin’s inaugural Descendants Day seeks to honor the enslaved community by not only ensuring that their history is firmly rooted in the past, but that their descendants are supported and celebrated now and well into the future.

Brookneal— Development and distribution of both streamed and live programming on topics related to Red Hill, Patrick Henry’s home in Charlotte County purchased in 1794, and its Quarter Place, where the enslaved community labored and was housed.

Radford—A series of curricular and co-curricular book discussions around the 2020 graphic novel adaptation of Octavia Butler’s 1993 dystopian novel “Parable of the Sower,” which will empower the community to discuss the past, present and future of humanity itself.

Indian Neck—A radio-based project designed to address the “need to pass down wisdom and experiences of our elders” and to train (primarily) young people to document Tribal family stories for cultural restoration, identity and preservation, as well as to teach the public about Indigenous beliefs and traditions.

Harrisburg—A reading of the narrative of Bethany Veney, who was born enslaved in Page County, Virginia in the early 1800s, by her living descendants. Veney’s narrative is one of the most powerful descriptions of slavery in the Shenandoah Valley.

The American Friends of Lafayette: $20,000
Project: The Bicentennial Commemoration of Lafayette’s 1824-25 Farewell Tour Visits to Cities and Towns in VA

Gaithersburg—Production of three web-based travelogues that follow Lafayette’s fifty stops in Virginia during his Farewell Tour across the United States in 1824–1825, to educate the public about Lafayette’s role in the American Revolution and his advocacy of human rights.

Charlottesville—A platform showcasing “experimental and monumental” works by Black, Indigenous and low-income artists with the goal of bringing diverse creative works and recovered histories to light.

The Origin Project: $18,278
Project: The Journey of Lifelong Learning: Teachers Refining Their Voices Through the Craft of Writing

Big Stone Gap—A writing workshop for teachers to facilitate stories about their familial origins, to be shared later with students as roadmaps for their own writing and published alongside the students’ stories in “The Origin Project, Book Nine.”

Norfolk—A series of five free performances of traditional African American religious music, serving as an avenue to explore, share, and learn about the history of slavery and civil rights in Hampton Roads, as well as the history of struggle, resistance, and celebration rooted in Black spirituals.

Norfolk—A program that enables Virginia Youth Poets to use their voices, their lived stories, and their original poetry as empowered voices, representing themselves, their communities, and Virginia through a partnership with the National Youth Poet Laureate Program (NYPL).

Lynchburg—A free, public screening of “Unmarked,” a short documentary that tells the stories of neglected African American cemeteries and enslaved burial sites across the Commonwealth, followed by a panel discussion.

Richmond—An incubator that catalyzes research conversations, including both humanist and natural sciences research, to build connections between the Richmond community and the university.

Norfolk—Educational community outreach for the organization’s production of “Fellow Travelers,” an opera that details the “Lavender Scare,” a witch hunt resulting in mass firings of gay workers from the United States government.

New York—Post-production for “Hope of Escape,” an independently-made historical drama that champions enslaved American heroes and abolitionist allies who, leading up to the Civil War, were willing to take on immense risk in order to combat the wretchedness of slavery.