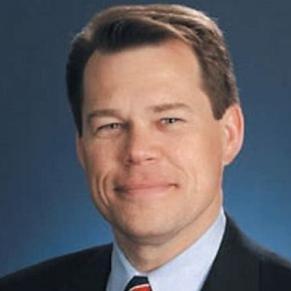 Dr. David Rehr is a Professor and the Director of the Center for Business Civic Engagement at the Schar School of Policy and Government, George Mason University. He is co-founder of the Robotic Process Automation (RPA) Initiative, America’s premier academic institution focused on leveraging the benefits of automation software in the public sector. Prior to joining Schar, he served as Senior Associate Dean at the Antonin Scalia Law School.

Before Joining Mason, he served as President and CEO of the National Association of Broadcasters (NAB). President of the National Beer Wholesalers Association (NBWA), and Chief House Lobbyist for the National Federation of Independent Business (NFIB), At the NAB, Rehr directed the TV industry’s largest marketing effort, a $1.2 billion digital television (DTV) transition marketing campaign. He also initiated “Radio 2020,” an effort that ensured radio’s value would be recognized into the future through the Radio Heard Here campaign. Under his leadership at the NBWA, the organization’s, visibility in the advocacy community soared, and was ranked as one of the top ten most influential lobbying organizations by Fortune magazine.

He is a leading researcher on the association sector and congressional communications. Rehr is coauthor of Association CEOs: Leading through Change, Diversity and Inclusion: Core Values Among Associations, and Association and Nonprofit Boards: Maximizing Effective Service, .and The Congressional Communication Report, how individuals communicate with the Congress. He is the author of the book, From Analog to Digital Television, an insider’s look at the largest education and marketing campaign in TV history.

David has also released several eBooks, including, Creating the Right Association Culture, which outlines practical ideas to build an exceptional association organization, and, Eight Traits of Exceptional Association CEOs, that looks at traits of association CEO success. His recent eBook, Cutting Through Congressional Clutter: Proven ideas and tips to gain influence and be heard, has received enthusiastic reviews.

He holds a Ph.D. in economics from GMU and a B.S. from St. John’s University has been named to Washington Life magazine’s Power 100 list, and is annually listed as a Top Association Lobbyist by The Hill. He has also been featured in Beachum’s Guide to Key Lobbyists.