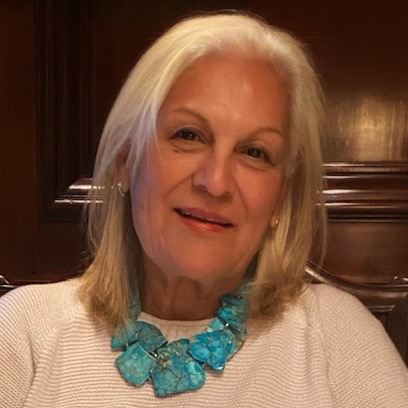 The Honorable Grace Flores-Hughes serves as Vice Chair, F&H 2, Inc., a management consulting business. She is former Senior Advisor to Caliburn/Acuity Intl, a global provider of professional services and solutions to both the public and private sector. She is a public speaker, television and media commentator and a former weekly contributor to VOXXI.com and current guest contributor to Latino Magazine.

Mrs. Flores-Hughes’ award-winning memoir, A Tale of Survival was published in 2011. Her expertise lies in strategic managerial structure, including management crisis, conflict resolution and mediation, arbitration, and communications strategy with specific expertise in the formulation and analysis of social policy including but not limited to immigration/refugee policy. She served as a member of the Federal Service Impasses Panel to which she was appointed by President George W. Bush. Prior to serving in the Bush Administration, Mrs. Flores-Hughes served in the Reagan and Bush Administrations in various senior-level positions throughout the federal government.

She was nominated and confirmed by the U.S. Senate to the Community Relations Service (CRS) at the Department of Justice where she served as the first female Director/Assistant Attorney General from 1988-92. Before joining the Department of Justice, Mrs. Flores-Hughes was the first female to serve as Associate Administrator for Minority Small Business and Capital Ownership Development at the Small Business Administration. Mrs. Flores-Hughes is fluent in both English and Spanish and has written and presented a number of professional papers including, “The Origin of the Term Hispanic,” Harvard Journal of Hispanic Policy, 2006.

She has received numerous awards and recognitions including, CNN Hero, Outstanding Public Service Award presented by the American Society for Public Administration. She is included in the Hispanic American Profiles, Ballantine Book, and in Notable Hispanic American Women, Gale Research. Mrs. Flores-Hughes was named 100 Most Influential Hispanics in the U.S. by Hispanic Business Magazine and awarded Hispanic of the Year, 11th Cong. District of Virginia. Mrs. Flores-Hughes serves on the board of Hispanic 100, the Harvard Journal of Hispanic Policy, the Media Policy Center, and the Hispanic Foundation for the Arts. Mrs. Flores-Hughes holds a Master of Arts Degree in Public Administration, Harvard University and a B.A. in Child Psychology, University of the District of Columbia. Mrs. Flores-Hughes is a native of Taft, Texas. She is married to Lt. General Harley A. Hughes and resides in Castleton, Virginia.