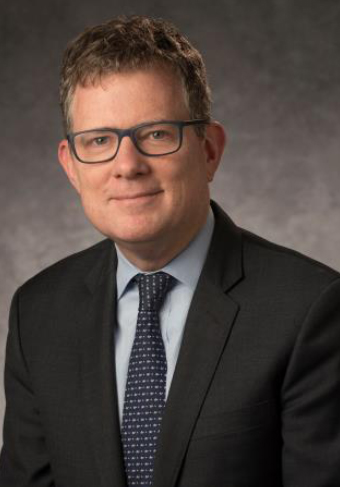 Jim Chapman is a native of Palmyra, VA, and is a proud product of the Fluvanna County (VA) public school system. Following in the footsteps of several generations of his extended family, he attended Auburn University in Alabama where he earned an undergraduate degree with a double major in history and political science.

He spent much of the 1990s working in Russia and other former Soviet republics, primarily assisting in privatizations and cross-border transactions. He then pursued his MBA at The Darden School at UVA. Following his time at Darden, Jim spent almost a decade and a half on Wall Street in investment banking roles at Lehman Brothers and Barclays, almost exclusively working with energy and power/utility clients in the US and internationally.

Jim is now Chief Financial Officer of Dominion Energy, Inc., a Richmond-based national utility company with an enterprise value of just over $100 billion. Jim serves on the Board of Virunga Power, which is involved in rural electrification in East Africa, and is on the Vestry of Grace Church, Red Hill near Charlottesville.